In celebration of The Legend of Zelda: The Wind Waker’s 20th anniversary, ZREO: Second Quest announces their biggest cover album yet; Fair Winds & Following Seas feat. ATLYS. This fully-licensed album features ATLYS, an all-female crossover string quartet, and showcases over 50 minutes of music across 12 tracks from The Legend of Zelda: The Wind Waker. As a preview of what’s to come, “The Great Sea,” is now available on all major streaming platforms. Take a listen to it and explore the music of Wind Waker below!

Fair Winds & Following Seas will be available in March 2023 with the team producing its first licensed CD release in addition to a partnership with Mango Mage Records for a vinyl pressing. Exact details for pre-orders will be announced at a later date.

The Return of Zelda Reorchestrated

During the pandemic in 2020, founder Samuel Ferrara and long-time friend and composer Ari Fisher reformed Zelda Reorchestrated as ZREO: Second Quest. Together they began working on a Wind Waker cover album.

“I remember working with Sam on another [non video game-related] project during the pandemic and he said ‘I have a crazy idea. I want to do a Wind Waker album. You in?’ It didn’t even take me a moment to know that this was exactly what I wanted to do,” says Fisher. “What began as its own standalone project led to the return of ZREO as ZREO: Second Quest.”

The Music of Wind Waker Fair Winds & Following Seas is the result of hundreds of hours of work over the course of two years from a remote team consisting of musicians and arrangers from all over the globe. The phrase “fair winds and following seas” is a maritime blessing for good weather and safe travels, and was chosen in hopes to capture the adventurous feeling from The Wind Waker.

“It was so amazing to see the seedling of this project grow into a wonderful source of collaboration between all the composers and musicians involved. Especially as this project was birthed during the first height of the pandemic, it provided hope and comfort in the most distant of times and holds a very special place in our hearts,” recounts Rita Andrade, violist from ATLYS.

The Wind Waker’s music is unique in the Zelda franchise, such that it features a wide variety of musical instruments, musical styles, and rhythms. Fair Winds explores those particular styles through multiple genres from celtic folk to flamenco, classical and baroque, to comedy and symphonic metal.

After ATLYS was brought aboard to contribute their signature sound towards some of the music, it became clear that the main musical thruline of the album should focus on them. Though the album explores a myriad of genres, it is the quartet that brings it all together. “The energy and spirit of the music from Zelda has captured generations, and to play it in as pure a form as a string quartet is nothing short of exhilarating,” says Sabrina Tabby, violinist of ATLYS. “It’s been so special getting to know the world of Zelda through its music. Ari Fisher always keeps us on our toes while honoring the beauty of the original tracks,” regales Jinty McTavish, violinist from ATLYS.

In a first for the team, this album features live performances on every track thanks to the collaboration with ATLYS and a hand-picked remote orchestra consisting of nearly 30 individual musicians. ATLYS is a classically trained, crossover string quartet comprised of four unique women. Lauded for their passionate and dynamic performances and signature sound, they create concert experiences that are both mesmerizing and interactive. Curating programs that are both diverse and intriguing, an ATLYS performance is more than an experience – it is a conversation between artist and audience.With over 1,000 performances under their belt, they have inspired listeners across the globe. 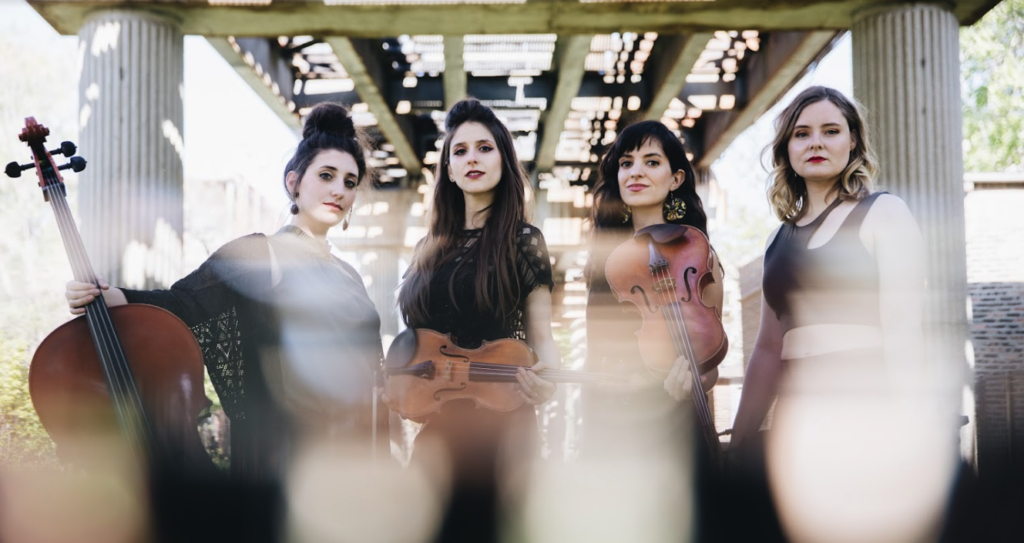 “We adore ZREO: Second Quest not just for their passion and work ethic producing this music, but also for their way of working with us – being hilariously funny, professional, and kind,” says Genevive Tabby, cellist from ATLYS. “I remember Sam floating the idea of a special Wind Waker album back in the days of the original ZREO project,” reminisces Stephen Weber, Community Manager, “It was sidelined in favor of Twilight Symphony, and I believe that decision was the right one to make. The inclusion of live performances on every track proves the ZREO Team has grown as Second Quest. Fair Winds & Following Seas is a beautiful showcase of talent that would not have been possible previously.” Founded in 2004, Zelda Reorchestrated created virtual performances of music from The Legend of Zelda franchise as it would have sounded with the warm halls and intimate expression of live players. ZREO Studios was founded in September 2020, and incorporated in July 2021 as a collaborative musical group that creates thoughtful interpretations of popular video game music while committing to musicianship and production value. ZREO: Second Quest is the first major musical project of the studio. ZREO: Second Quest continues that legacy featuring many live musicians for upcoming releases.

Excited to hear more of ZREO: Second Quest perform the delightful music of Wind Waker? Follow their quest on Facebook and Twitter and be sure to check our review for the full album when Fair Winds and Following Seas makes its maiden voyage in March 2023.