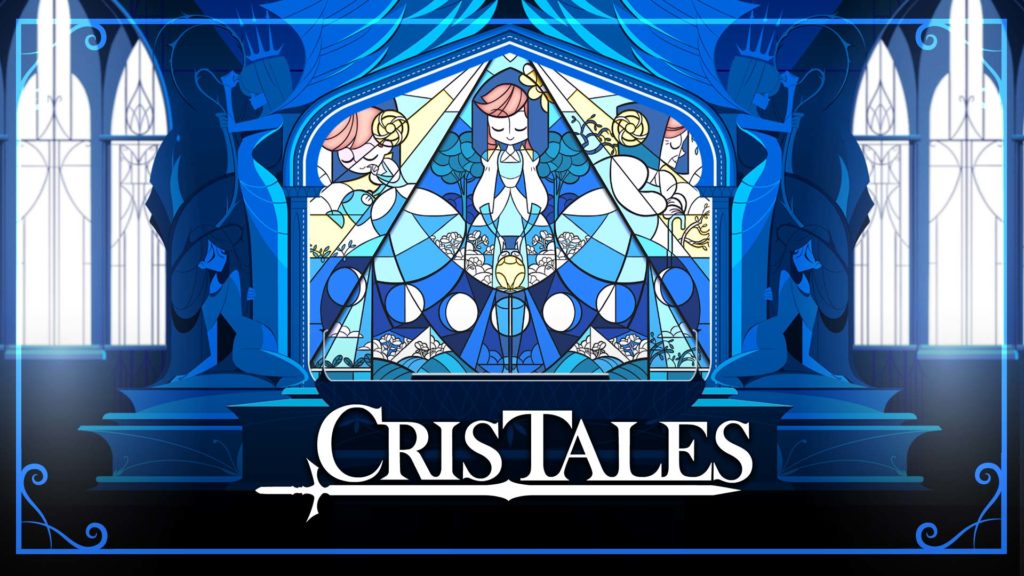 The best video game of all time, in any genre, on any system, is the classic Super Nintendo Japanese Role Playing Game (JRPG) Chrono Trigger. This is not up for argument, or even civilised discussion – it is just fact. I could talk about the amazing time-travelling adventures of Crono and his friends for hours on end. In fact, if you have never played Chrono Trigger before, just close your browser and go play it right now because it truly is a masterpiece.

This review is not for Chrono Trigger though, this is a review for a new JRPG with time travel elements known as Cris Tales. Well, the style is ‘JRPG’ but the developers Dreams Uncorporated and Syck are both actually based in South America. Can this modern take on one of the oldest genres of video games live up to the legacy of a legendary title like Chrono Trigger?

The plot of Cris Tales is typical JRPG fare to the point of cliché. The main character, Crisbell, is an innocent teenage girl, and an orphan no less, who is awoken at the start of the game with a strange vision. She sets out on a seemingly innocuous fetch-quest before a strange turn of events thrusts her into the role of world saviour.

We learn that the evil Time Empress is amassing an army to conquer the world and apparently a young girl is the only person with enough free time to bother doing something about it. Fortunately for Crisbell, she discovers that she has the magical abilities of a ‘time mage‘ after coming across a magical sword that seems destined for her and her alone.

Crisbell makes her way around the world helping the residents of the towns she visits. Only one with the power of a time mage can solve the predicaments that these people find themselves in. Along the way Crisbell is joined by a varied team that matches the typical JRPG crew. It is difficult to go into more detail here without risking some spoilers. I don’t think there was anything mind blowing here – at least nothing particularly new for JRPG or anime fans. The story is solid and wanting to know the secrets of the Time Empress and the mysteries of Crisbell’s past is more than enough to keep you pushing through the game to its satisfying conclusion.

If you have played a JRPG before, then you know what to expect here: visiting towns, completing quests, recruiting party members, solving puzzles, random encounters and crazy boss battles. The standard JRPG package is here with elements of time travel interwoven through almost everything we do.

A strong and engaging battle system is essential for a JRPG, as typically this is the thing we will spend most of our playtime doing. The basics of classic JRPG turn-based battles are here with some elements borrowed from other games that are welcome quality of life additions. At the top of the screen the turn order is easily seen (similar to Final Fantasy X, Grandia, and other titles) and this order will change in real time if enemies are slowed, or our team is hasted. Furthermore, for almost every physical or magical attack (either dealt by or to our team) if the attack button is pressed at the right time additional damage will be done (or prevented if we are on the receiving end of the attack) – you may remember this from Final Fantasy VIII or Super Mario RPG.

Over the early part of the game one of our crew members, Wilhelm (another time mage), teaches us how we can use our abilities of time manipulation to swing difficult battles in our favour. We can change the scope of time for the enemies on the left side of the screen to the past, or those on the right side to the future. Each enemy type will have a ‘past’, ‘present’ and ‘future’ version with different stats and sometimes different strengths and weaknesses. We can also use the passage of time in tandem with skills for additional effect – like poisoning an enemy in the present and then sending them to the future where the poison damage will be significantly multiplied. This is an interesting mechanic, but its usage is very limited to specific situations and it feels like they really didn’t make the most of this interesting idea.

Outside of battle, a froggy friend shows us the ways that manipulating time in the towns we visit can progress our adventure. Yes, Cris Tales also copies Chrono Trigger’s idea of featuring a talking frog as a main character. Matias is not a fighting party member though. He plays the role of our guide as we learn the ways of a time mage, just like Navi from Ocarina of Time except for the fact he is a green frog, with a cute top hat. Similar to battles, our screen view in towns often switches to a triplicate view, where the left side of the screen is the past, the middle is the present, and the right shows us what will befall the town citizens in the future if we do not intervene. A great example is one town that appears to be completely flooded and underwater.

It is not us that jumps across the time barriers though, we only have the power to send Matias forward and back in time to speak to people or access items that don’t actually exist in the present. It is a cute system that throws a curveball at the typical puzzles and fetch quests.

Whilst the above does generally sound positive, there are some frustrations here that I need to mention. There is a ‘quest log’ in the pause menu that keeps track of the tasks we are doing (that’s good). However, there is no labelling of towns throughout the game, and the only way that you know the name of a person is by talking to them – the quest log won’t actually tell you where to find them (that’s bad).

Where gameplay is somewhat lacking, strong audio-visual presentation is even more important. Fortunately, Cris Tales has excellent and unique presentation that give it a wow factor, particularly when entering new vistas for the first time.

The art and graphics are done in a hand drawn style that is like flash animation come anime – I guess anime as seen through the lens of the South American development team. I haven’t seen another game that looks exactly like this before and it is gorgeously striking, particularly during the few ‘cut-scenes’ that play out to expedite the story through our adventure.

Supporting the great visuals is a similarly great quality audio presentation throughout the game. All of the games background music is orchestrated and excellent. I never got bored of the soundtrack, including the battle music which with Cris Tales being a JRPG we hear very often. Cris Tales is also fully voiced, and the voice actors here did an excellent job bringing the traditional and somewhat cliché script to life. The look and sound of the game definitely do a great job in making us want to come back and experience more of the game, even when the gameplay itself starts to drag late into the game.

One thing that really frustrated me was the god-awful loading times. It is possible that these issues are not present on other versions of the game that are played on more powerful hardware (PC or PS5), however, I found that for the Switch version every screen transition dragged on WAY too long. Given this is a JRPG you will be transitioning screens A LOT. Going into and out of random battles, entering different areas on the world map, and even moving between rooms in buildings and dungeons causes a loading screen wait of 5-10 seconds. Maybe I’ve just been getting too used to the power and insane loading speeds of the PS5, but this was extremely frustrating for me – particularly on return trips to areas I had visited before and entering random encounters that were about as difficult as putting on your underpants in the morning. More than being frustrating, it simply just breaks up the flow of game play.

Another issue that I came across on three occasions over around 30 hours of gameplay was the game actually crashing and forcing a system restart. This happened to me on three separate occasions (completely different areas) through my playthrough, and a cursory read of other journalists work shows that I was not the only person that encountered this issue. For a JRPG that does NOT use an auto-save feature, a bug that can cause the loss of more than 1 hour of gameplay is just not acceptable.

Cris Tales is a game that is wonderfully presented. It also brings some new and unique gameplay ideas to the table, but then makes poor decisions in how to flesh these out over a 30+ hour adventure. This is a game that definitely looks and sounds great, but the cracks in the gameplay and functional stability of the game itself create drawbacks that may cause some people to give it up before seeing it through to an exciting, if not somewhat predictable conclusion.

Overall, I did enjoy my time with Cris Tales despite the frustrations that held it back from being considered to be near the top echelon of its JRPG genre. It is definitely no Chrono Trigger, but then again no other game has ever reached those lofty heights.

I’ll be keeping an eye out for the work that these devs release in the future.