When I first saw the promotional materials for fault – StP – LIGHTKRAVTE (what a title!) I thought I could pin down roughly what it’d be like; filled to the brim with tropes straight from a run-of-the-mill shonen anime. What I actually got was… something different from that expectation.

Fault – StP – LIGHTKRAVTE is a “kinetic” visual novel developed by ALICE IN DISSONANCE, and published by Phoenixx Inc on the 27th of May 2022 for PC. There are no gameplay elements or choices to make via a dialogue tree, so this review will primarily be commenting on the story and visual presentation.

LIGHTKRAVTE is something of a prequel side story to the two mainline titles named milestone one and milestone two. Our teenage protagonist Khaji Oberg is the son of a well-to-do fruit farmer in the fantasy/scifi kingdom of Rughzenhaide. In this world, magic and science are used together to create a utopia for its citizens. Money is not used in this world, instead a test is used to determine which profession would most suit an individual, which benefits society.

I have absolutely zero knowledge about the series, so I went in blind. This entry can apparently be enjoyed without playing the previous two, but I still felt bogged down by all the proper nouns flying in thick-and-fast, and had the suspicion that a lot of events referenced would be more interesting if I had had that background knowledge.

Khaji, our hapless protagonist, wants to become an artist. But: A) His skills aren’t getting better after 2 years of practise and B) The test Khaji takes for a 3rd time to get an approval for a profession sits at 6.9%. At the start of the narrative, I did find Khaji frustrating, as he does somewhat embody the average bland teen protagonist. After a bit of time spent with him, I actually did warm up to him and his struggles of finding his place in the world of work, a struggle I’m currently going through myself. His inner thoughts and ruminations have a bit of depth to them, and as the narrative unfolds over 6 hours, I found myself much more invested than I expected. The translation for LIGHTKRAVTE is full of passion. The character’s voices are distinctly preserved by a fantastic use of language choice, and how good a translation is will make or break a game that relies fully on its story for entertainment purposes.

I’m going to be honest here, I’m not the biggest fan of the character designs on display here. The style is a bit too ‘moe’ for my personal tastes. But what I will say is that I was absolutely blown away by the gorgeous background art. What’s more, the series is touted as a ‘kinetic’ visual novel, meaning that as each new screen pops up, you can move around the image as if it were a 3D panorama picture. The characters all move vividly and express a wide array of emotion, rather than being stock standard motionless sprites. Eyes, hair and limbs flail across the screen in an endearingly anime way.

There is unfortunately no voice acting in this game. Given budgetary constraints, this isn’t too surprising. The music for the game is pleasant, and the sound effects are nice and crisp.

The stellar presentation through a ‘kinetic’ visual novel held my attention through the 6 to 7 hour read-time. While the game does have some lore hurdles, it’s still a great standalone experience for a player wanting more “anime” (animation) in their visual novels.

A review code on PC was kindly provided by the publisher for the purpose of this review.
You can read more of our reviews here.

Craving a visual novel with a more dynamic aesthetic? Here’s one you can’t fault. 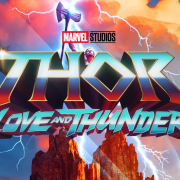 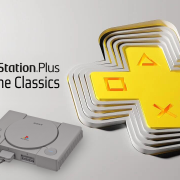 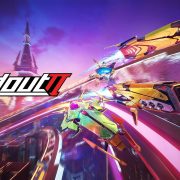