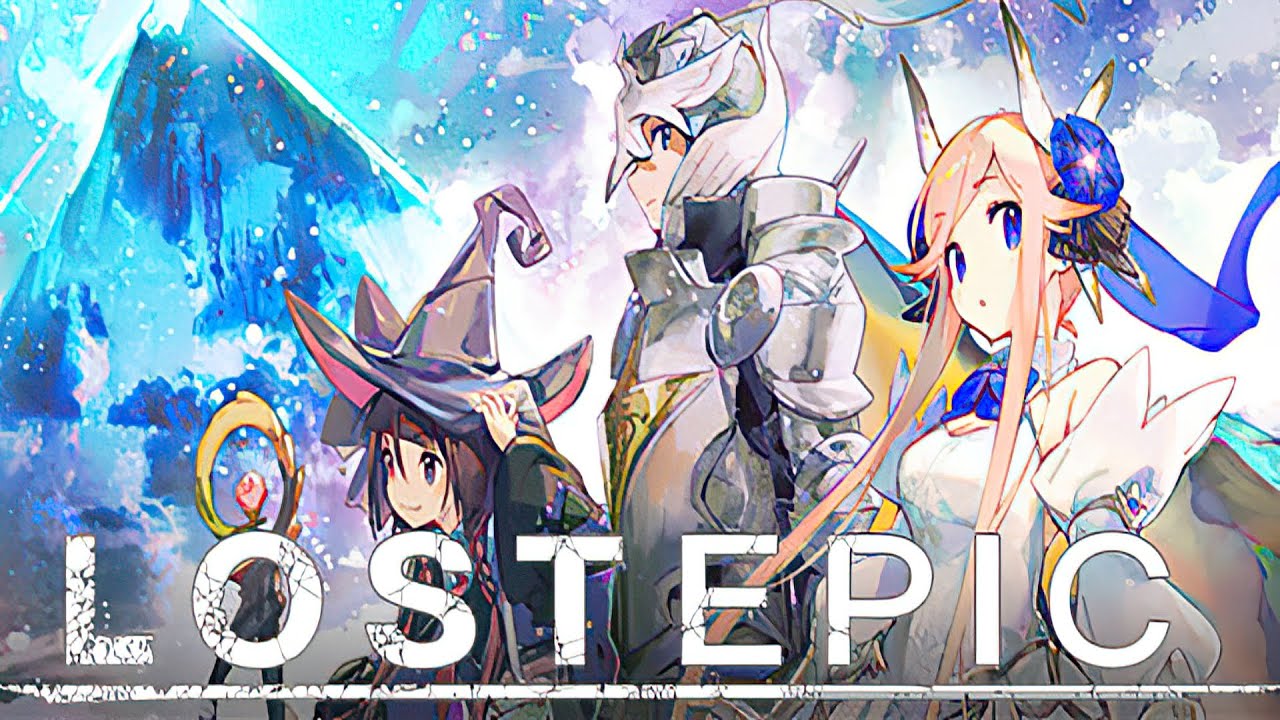 Go from a lowly knight to a god-slayer in our Lost Epic review.

A few years ago, I wouldn’t have touched a Souls-like with a ten-foot pole. The thought of fighting the same enemy time and time again without feeling a sense of progression left me not desiring to “git gud”. After hemming and hawing, though, I gave the genre a try and found that sense of reward and the tangibility of improvement was in closer reach than expected. Nowadays, Souls-likes come in all shapes and sizes, and in Lost Epic‘s case, all regions and art styles.

While Code Vein may hold the title of “Anime Dark Souls“, what Lost Epic does is enough to set it apart from the pack in both a visual and gameplay sense. So, how does it fare compared to its genre companions? When you saw the cover of Lost Epic, did you think that it would be a crushingly-difficult hack-and-slash where you fight larger-than-life foes that can kill you in a few hits? Probably not – that’s because this game’s presentation is a departure, to say the least. While you start out as a shadowy silhouette, you’ll get to choose between 20+ different anime-looking protagonists to control, plus 12 different voice options. Human knight vs. fire-breathing dragon. Who will win?

You’ll navigate through forests, fields, and even underwater, as differing locales ensure you don’t stare at the same setting for too long. As everything is in 2D, the game runs smooth as silk without sacrificing quality. Main illustrator, Namie, has a strong track record with Fate/Grand Order, Azur Lane, and Arknights, and it shows as plenty of hand-drawn frames make combat an immersive and reactive experience.

Lost Epic has a solid soundtrack to accompany your fights and traversal through its levels. Worthy of note is songs come to a fade-out right before approaching a mini-boss, enhancing the intensity of these encounters. You can listen to a portion of the soundtrack free straight from Steam, too – the mini soundtrack is a free download, even if you don’t own the game, something I haven’t seen before for an indie title. As far as in-game sound effects go, there’s a satisfying sword-slash activation noise that plays whenever you break the guard of an opponent, and nothing else sounds out-of-place. 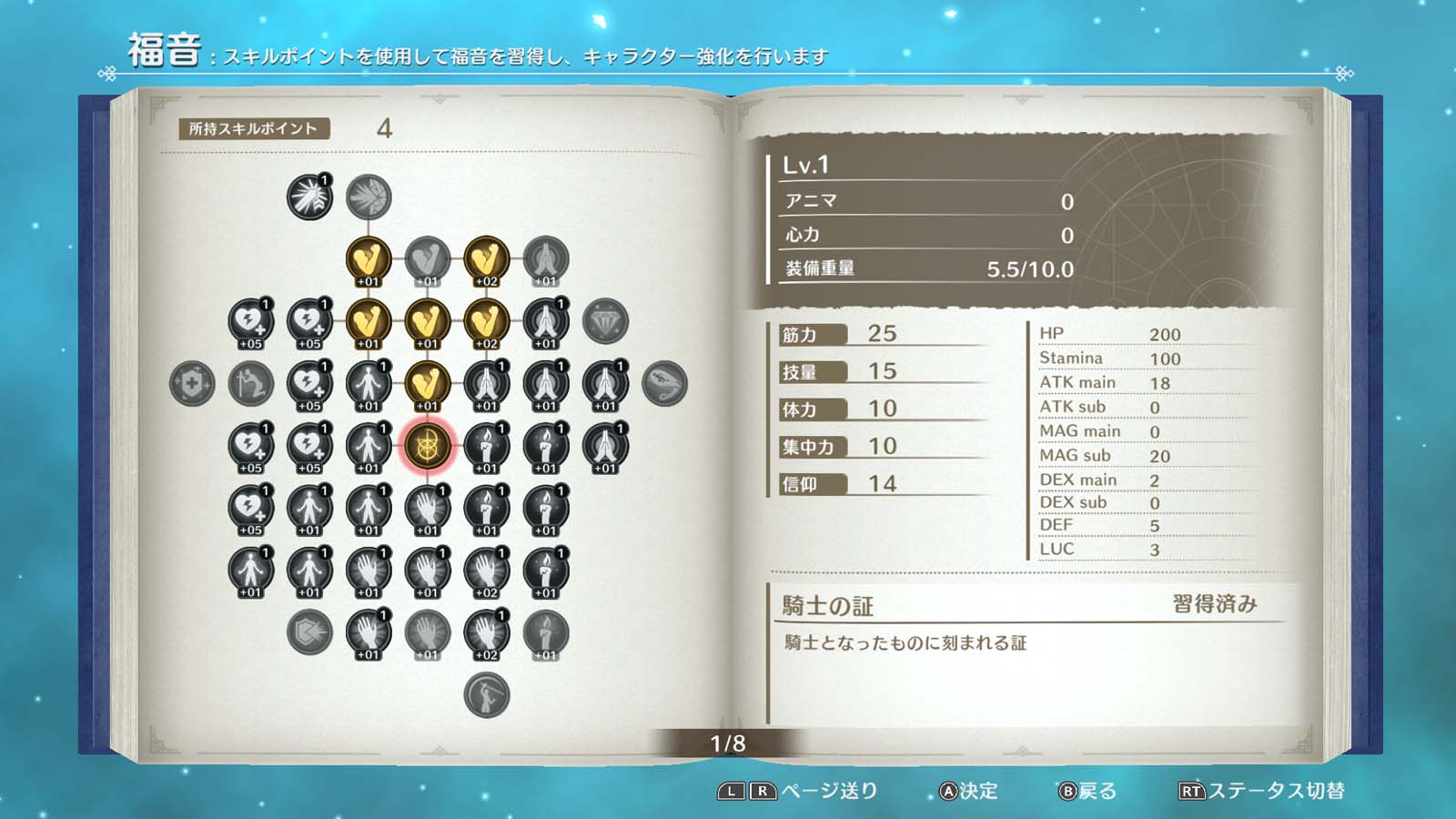 With 20 pages of potential stat upgrades, the grind is real between knighthood and god-slayer.

The meat and bones of a Souls-like is its gameplay, and for the most part, Lost Epic nails it. Complete with light/heavy attacks, dodging, special abilities, different weaponry requiring different strategies, and a stamina system to take on baddies, all the pieces of the puzzle are present to craft a strong gameplay loop. You’ll have access to a map as you traverse from room to room, quite like a rogue-like, and if you’re to fall, you’ll lose your accumulated experience and be tasked to get it from where you died. Once you cash in this experience, there’s a bevy of skill trees to use your skill points on, buffing your attack power, health, stamina, luck, and much more. 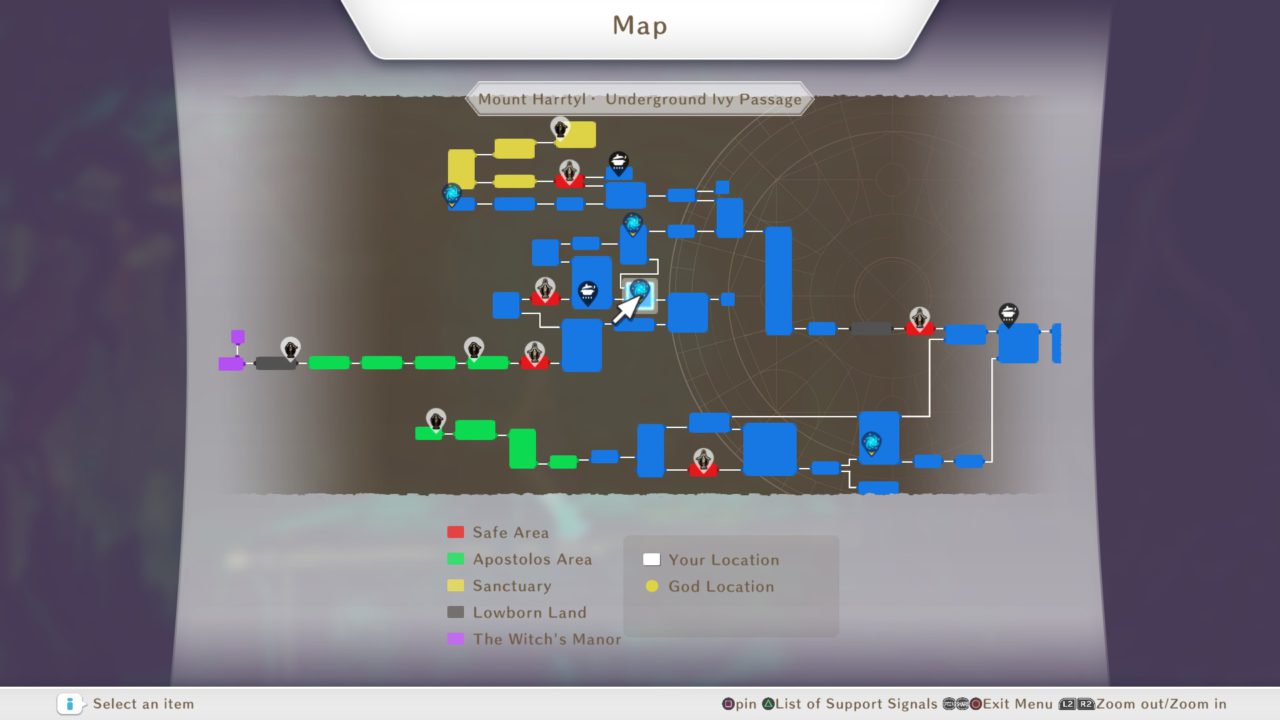 You won’t get lost thanks to Lost Epic’s thorough map!

At the end of every extensive level is a massive boss. You’ll have to combine ample dodging of unblockable attacks, timely counters with your abilities, and perseverance to conquer these health sponges. Getting there is as much of a challenge, though, as the mini-bosses and tougher enemies are nothing to scoff at. I did encounter a particularly tough-to-figure-out puzzle early on, where rocks blocked my progression. With no indication of how to proceed and all the guesswork in the world exhausting me, I needed to consult a walkthrough to get further. These experiences always hamper the fun of a game, and even the slightest bit of help would have alleviated this – a word of warning to those who think a point A to B experience is what you’ll get in Lost Epic.

It’s impossible to recommend Lost Epic to everyone, but it certainly has an audience that will enjoy it. I certainly would have warmed up to the title more if I weren’t stuck for a half hour, but that may not happen to everyone that plays (even if there were multiple forum posts about it). If a difficult combat challenge, a vivid art style, and a sense of progression is what you seek, Lost Epic should be up your alley. At the strange price of $22.26 on PlayStation Network and a ~20-hour runtime, Lost Epic could be your next Souls-like triumph.

Get an epic deal on a copy of Lost Epic here!

A review code on PlayStation 5 was kindly provided by Team EARTHWARS for the purpose of this review. If you enjoyed this review, please check out more of our articles and reviews here or follow us on Facebook, Instagram, and Twitter.