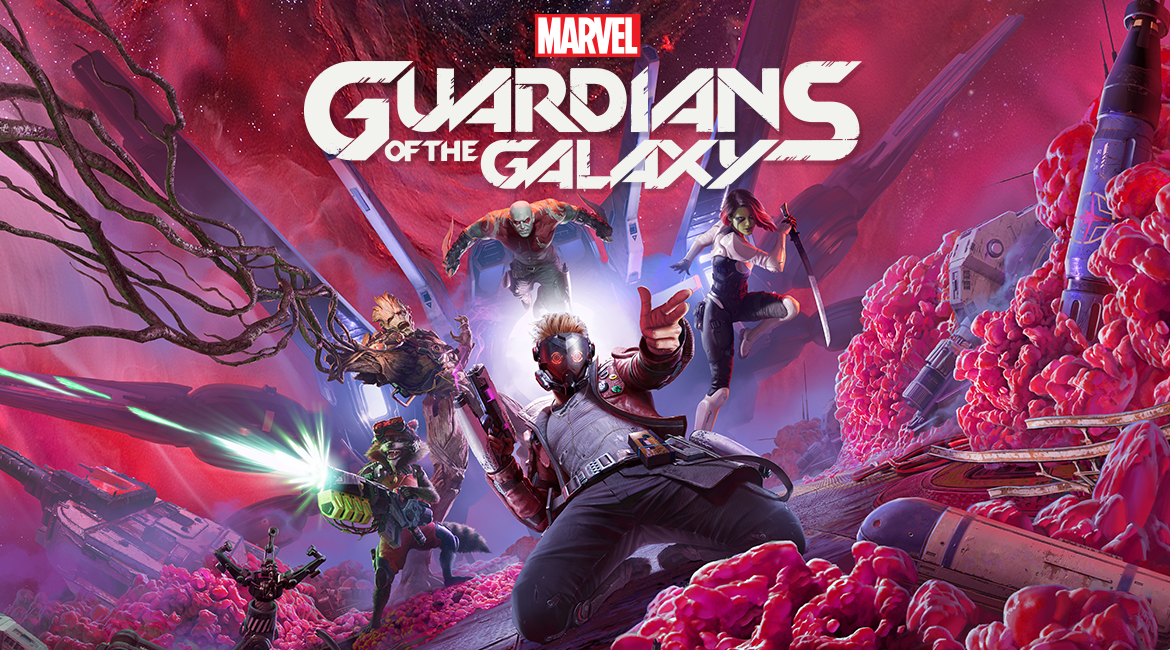 It’s safe to say that a lot of people were burned in the aftermath of Marvel’s Avengers release. Years of hype, a respected developer/publisher, and a huge budget all culminated into a catastrophic flop that never truly recovered. So when a Guardians of the Galaxy game was announced, skepticism was at an all-time high. A lot of people were under the assumption that Crystal Dynamics was also responsible for this game just a year after Avengers, but Eidos Montreal, responsible for the Deus Ex revival, took the reigns for this outing. As such, I held cautious optimism towards this new Guardians outing. So, how did it turn out?

A big point of contention for prospective players of Marvel’s Guardians of the Galaxy was that you could only control Starlord throughout the game. A contrast from Marvel’s Avengers where you had the choice of any Avenger, this seemed a bit restrictive. Thanks to a nuanced story and robust mechanics, though, I felt the power of each Guardian within the game’s squad-control system during combat. With just a few button presses, I could have Drax careen through baddies, Gamora slice-and-dice all nearby foes, Rocket throw a gravity grenade, and Groot tie enemies down all within the span of a few seconds. Finding the right combination of abilities in unison is worthwhile and makes every character feel like a valuable member of the team. It is a bit weird that their actions are instantaneous, meaning they’ll teleport where you desire to make the game feel a bit janky, but it’s to your benefit and never truly broke my immersion.

When you aren’t battling it out, there’s a lot of story to absorb as you traverse the massive levels. The scope of each level results in hour-plus expeditions, and there’s dialogue almost literally every step of the way. I noticed a content creator get a bit flustered that there was so much dialogue, but anyone who’s familiar with the source material knows that the Guardians of the Galaxy love to run their mouth, and dialogue will constantly interrupt if you walk to the next in-game cutscene too quickly, so you’ll have to stand still and let everyone finish their verbiage if you want the full experience.

In addition, a choice-driven narrative is vital for how the game plays out. Choices really do matter, as certain dialogue options will influence details on how the story plays out, both to your benefit and detriment. It’s been a while since this was implemented into a AAA game to this level of importance, but it was executed quite well and made me question the weight of my actions for more than a few seconds at some points.

On the more demanding side for a PC venture, Marvel’s Guardians of the Galaxy needed to be a visual knockout to stay faithful to the comics and films. Thankfully, Eidos Montreal knocked it out of the park in this department. Vibrancy is a staple as every level is chock-full of every color on the spectrum. Plus, one of the villain’s appearance is so obtrusive to the eyes that it’s a technical feat. As the game is no slouch on visuals, one would question how it would perform. Thankfully, a strong level of optimization saw framerates never dip too far to impact the frenetic combat even with the graphics turned up.

Quite possibly the best thing about Marvel’s Guardians of the Galaxy is its mind-blowing soundtrack of 70s and 80s greats. Just about every hit rock song from these decades graces Starlord’s cassette player and the Milano’s speakers. Additionally, these songs will take center stage after “Huddles”, an ultimate that turns the tide of tough battles. Getting to see all of these legendary tracks with their album art makes one wonder how much was spent on the licensing of this killer soundtrack alone, but it serves as a faithful Guardians callback.

Dialogue is a heavy part of this game, as the voice actors of Gamora, Rocket, and Drax reprise their roles from the Guardians of the Galaxy show. Starlord’s voice is handled by Jon McLaren, a relative unknown, that delivers an emphatic surfer vibe with gravitas. Guns, swords, and punches all carry their weight, while the Milano entering hyperspace sends players into galactic bliss. Keep your ears attentive for this spectacle of a game.

I saw someone refer to Marvel’s Guardians of the Galaxy as “an interactive movie” and perhaps that isn’t far from the truth, if you like your movies lasting more than 15 hours. You’ll see flashbacks from your youth as Peter Quill, a metal-loving teen taken from Earth and sent into space. Fully-interactive environments and choices-matter is reminiscent of Telltale/Life is Strange, whereas the squad-centric combat is akin to Final Fantasy XV, so as to appeal to those who enjoy both. You have the option to contribute to the dialogue with two vastly-different choices mid-conversation, and the Guardians’ opinion of you may get influenced by what you say. Without spoilers, I’d recommend engaging every chance you get for the most fulfilling ending possible.

Time and time again last decade, I’ve gotten excited for a game only to dive in and be greeted with a rough experience. Star Wars Battlefront II, Marvel’s Avengers, and even Eidos Montreal’s own Deux Ex: Mankind Divided had cataclysmic launches, but that’s not something you have to worry about with Marvel’s Guardians of the Galaxy. A lot of doubt was cast over a single-player, narrative-driven, linear game still being worth the risk in a multiplayer, shared-world climate of gaming, but this game hearkens back to a time where you paid full price for a full experience. Nothing held back behind future DLC, no lack of polish due to a rushed schedule, no need for a persistent online connection. It’s a relief to have this much fun with no strings attached, and for that, the game gets my full endorsement.

A press copy of Marvel’s Guardians of the Galaxy on PC was provided courtesy of the publisher.

Marvel’s Avengers has been avenged.