It’s time to race back into Need for Speed, if you catch our drift. Find out all about the latest in this adrenaline-fuelled racing series in our Need for Speed Unbound review!

You would be forgiven for not knowing that a new Need for Speed is available at your local store. Unveiled only six weeks before its release with minimal marketing and a lack of early access amongst the press. EA has seemingly gone out of their way to hide this game from the public eye. I went into this game expecting the gaming equivalent of a Ford Pinto. Instead, Unbound might be the most engaging Need for Speed game to be released in a long time. 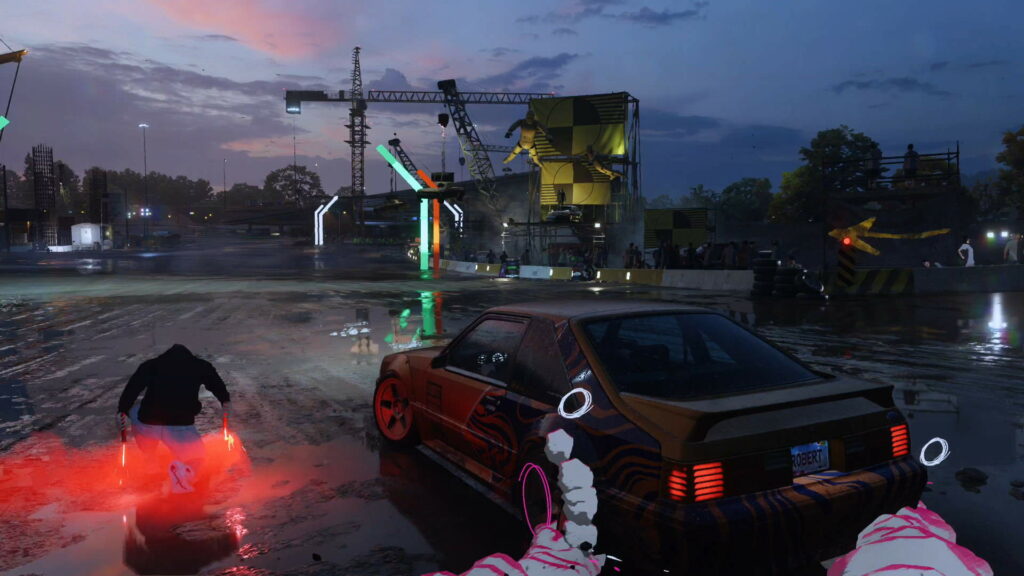 Criterion are back and burning rubber once again.

Need for Speed Unbound marks the first game developed by Criterion in a decade. This legendary studio was not only responsible for the incredible Burnout series, but also created the Renderware engine, which was the most adopted middleware during the sixth generation of consoles. The fact that Criterion was relegated to support work for the Battlefront and Battlefield series for a whole decade might be the greatest injustice that humanity has ever suffered.

But thankfully they’re back behind the wheel once again! Experience their latest race in our Need for Speed Unbound review.

The game kicks off with a basic character creation tool before letting you choose from three different starter cars. But don’t become attached to your new set of wheels because after the prologue is over, you lose it during a robbery at your friend’s garage. Thus, forcing our protagonist to climb the ranks from the bottom in typical Need for Speed fashion. While Criterion might possess the coding chops to make incredible driving models, the studio can’t write a story to save their life. How do you do, fellow racers?

The script sounds like it was penned by a 50-year-old trying sound hip amongst a group of gen Z kids. Jokes not only miss the mark, but the characters possess all the charisma of a cinder block. Some bad dialogue would be passable if it wasn’t for the fact that these characters never shut up. Thankfully, you can turn the audio down to 0% and focus on the core driving experience.

The driving model in Unbound has been divisive with cars that don’t feel connected to the road, but I love the drift-heavy nature of the driving in this game. The cars are beasts that need to be tamed and only those who can master the handbrake will claim victory. But if you don’t care for this type of driving model and fancy yourself as a grease monkey, you can always tune the cars to increase the grip and make the controls tighter. 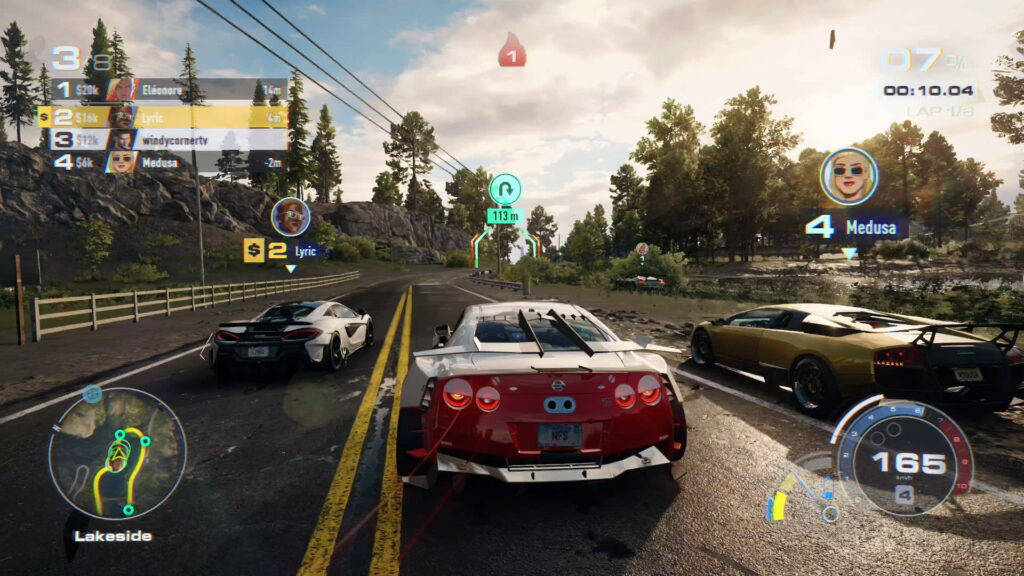 The element of risk and reward drives the game with many races locked behind an entrance fee. You can also place a bet against any racer on the starting grid. Depending on your skill level, you could walk away with big money or lose everything and be forced to wear tissue boxes for shoes. With each race you complete, your wanted level increases. The higher it becomes, the coppers become more aggressive and numerous. 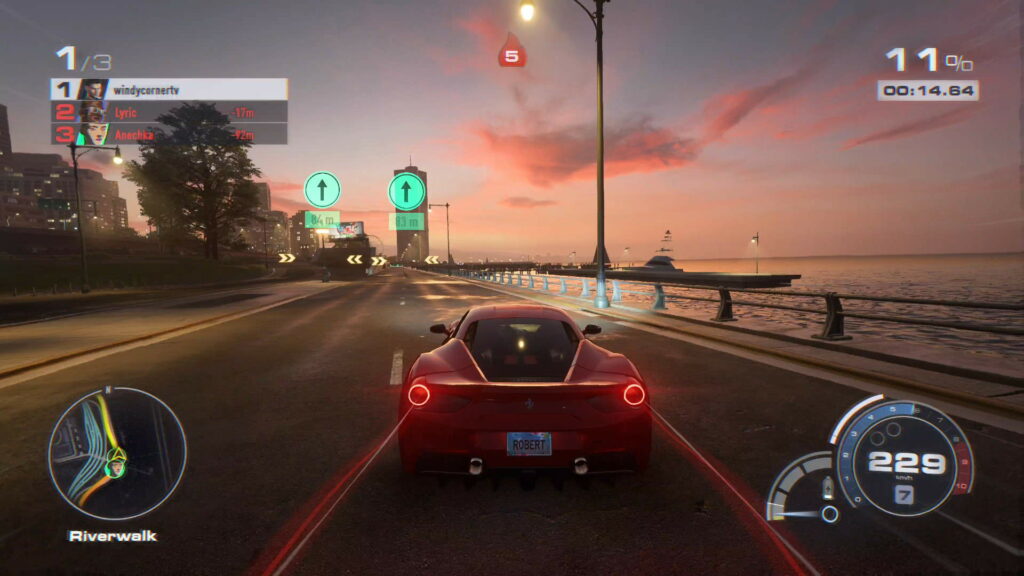 If you wind up being apprehended by the Fuzz. Not only will they take you to the local bed and breakfast, but you can kiss goodbye all your earnings for the day. There’s a real sense of danger when you get behind the wheel. Being chased by cops through a dense forest with the chance of losing $100,000 made my blood pressure higher than someone who lives off Big Macs. Unfortunately, the progressive of the game is rather slow during the first half of the campaign. 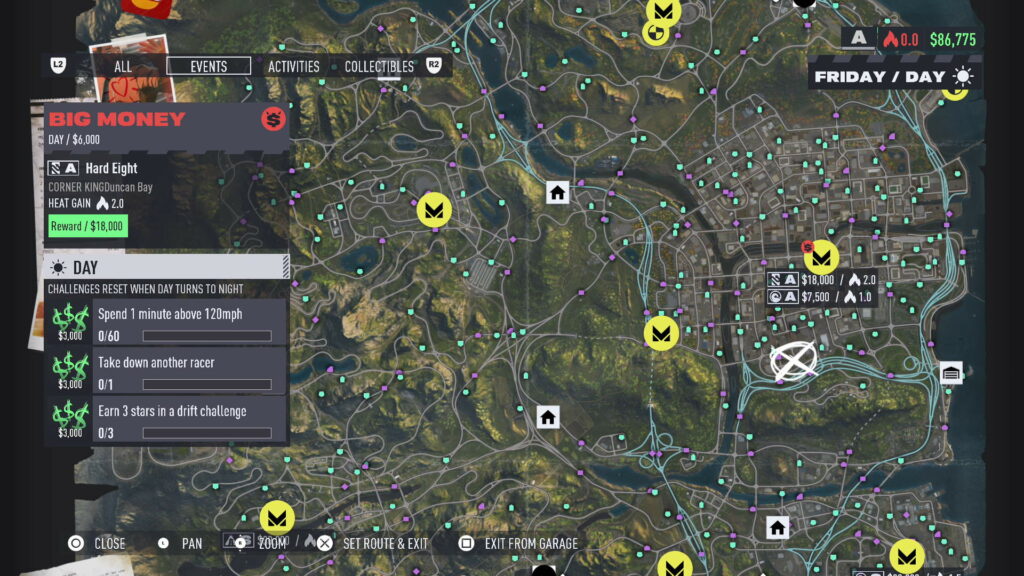 See that road? You can drift it.

The game is very stingy with money and rewards compared to the likes of Forza Horizon 5, which dishes out cash and prizes like free condoms at a medical centre. The map is littered with prototypical collectibles alongside a separate online campaign that not only supports up to 16 players. But you have the option to race against friends and foes on other platforms. Neat stuff.

Need for Speed Unbound is powered by the Frostbite engine, while the car models and environments take on a realistic look. The cel-shaded character models and graffiti effects add some visual flair to the presentation. It reminds me of Need for Speed Nitro, for all three people who played that game on the Wii. But if you don’t care for the graffiti effects, you can always turn them off in the options menu. 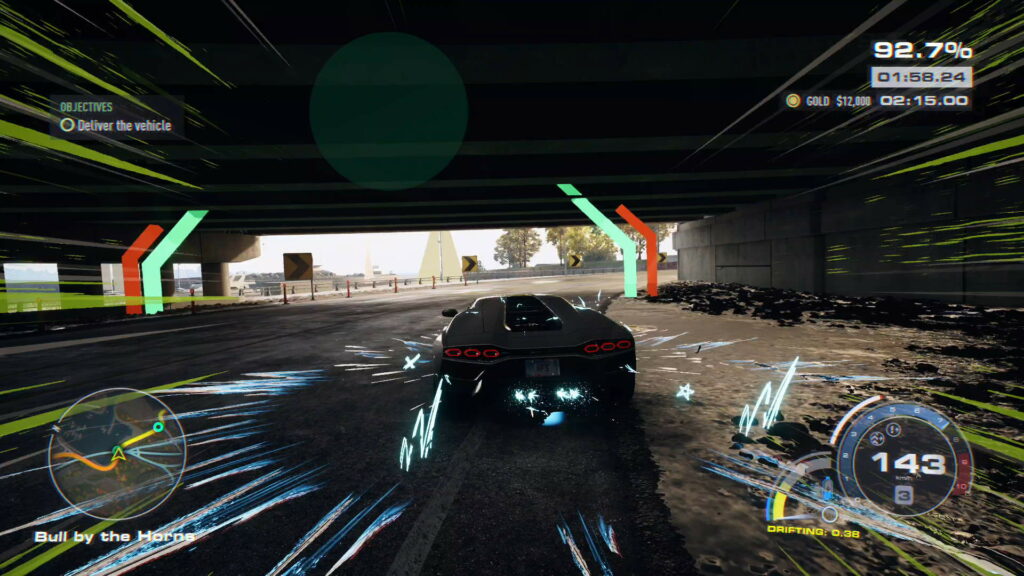 While the typical USA city landscape doesn’t have the same impact as the exotic locations showcased in the Forza Horizon series, there’s no denying this is a good-looking game, especially when the rain starts to pour. The rain-soaked environments and water droplets running down your car look fantastic. Night-time races also look amazing with the rear brake lights leaving a trail of light as you whiz through the city at breakneck speeds. When racing at night, remember to switch your lights on.

On the PS5 and Xbox Series X, the game looks super sharp with a stellar 4K presentation. Dynamic resolution scaling is employed to help maintain the game’s 60fps framerate. The temporal anti-aliasing also does a good job of hiding the jaggy edges. The same 60fps performance is maintained on the Xbox Series S, but the resolution tops out at 1260p, which will look great on a 1080p TV, but might not be as flattering on displays with a higher fidelity. PC gamers have been given the white glove treatment with the Windows conversion serving up a huge range of tweakable options. The inclusion of dynamic resolution scaling from the console version is a welcome addition for people playing the game on slower machines. While RTX card users can take advantage of upscaling via DLSS 2.4 and DLSS 3.0 with the latter only being available for owners of the new 4000 range of RTX cards. AMD faithfuls haven’t been left out in the cold either, as Unbound offers support for AMD’s FSR technology.

As for the soundtrack, the track selection is composed mostly of hip hop and rap. It’s cool to see a huge variety of artists from around the globe, including many non-English songs for multicultural representation. But I’m personally not a fan of either genre of music. EA should have included some more rock and metal to spice up the audio experience. But like the voice acting, you have the option to turn off the music and put on some Pendulum instead. Problem solved.

Need for Speed Unbound is a great driving game, but I would be lying if I said it didn’t have a few warts. The bad script, limited soundtrack and slow progression would sometimes hinder my enjoyment of the game. But when you’re behind the wheel, battling cops while aiming for the top position, there’s no denying that Criterion hasn’t lost its mojo.

If EA invests in Criterion and lets the studio build upon this framework like how Microsoft allowed Forza Horizon to blossom over the past decade, perhaps, Need for Speed could reclaim its pole position as the leader of the pack in the driving genre.

Enter the race and get the best deal of a copy of Need for Speed Unbound!

A review code on PlayStation 5 was kindly provided for the purpose of our Need for Speed Unbound review. Enjoyed this review? Check out more of our reviews here.