It was just this month that I covered a Flying Wild Hog game in Shadow Warrior 3. The thrill-ride FPS left an impression on me, so the near-immediate chance to cover something else from the same devs wasn’t one I couldn’t pass up. This time, I’m delving into Trek to Yomi, a samurai beat-em-up side-scroller with a serious sense of urgency, duty, and honor. As this game is set to release within the fiscal year, this preview covers the first two chapters of the title.

Within Chapter 1 of Trek to Yomi, you receive backstory for your training and the state of affairs within a feudal Japan. With an experienced sensei and his love-interest daughter, you’re tasked with defending your town from raiders/pillagers. It’s enthralling controlling a kid that dispatches evil adults, and helps you learn the ropes in a tense situation. Chapter 2 fast-forwards to an adult protagonist with a leadership role, doing everything he can to prevent the same atrocities from occurring again. Armored foes present a new challenge, and the preview ends with an intimidating boss fight demanding the best of your timing and technique.

Traverse into war-torn towns and clear a seemingly-endless barrage of enemies.

On your Trek to Yomi, you’ll move through town to town and be forced to dispatch a bevy of enemy sword-wielders. On Easy, one hit will typically do the job while you’ll be able to take several in return. On Normal, several hits are required and you’ll only get a few chances to make mistakes – even less so if you’re dueling an armored enemy or a boss. Parrying, blocking, and throwing caution to the wind will all be required to get through dozens of baddies, but you’ll get a chance to fill up your health and save progress every few minutes at shrines. Going off the beaten path grants upgrades and ammo for a throwable, providing an edge in tight situations. The minute amount of health gave me Bushido Blade vibes and made each encounter meaningful, making the hour-long preview engaging within every minute. The attention-grabber for Trek to Yomi is surely the oldies-film aesthetic, shown to the player in a distressed black-and-white, grainy appearance inspired by the likes of legendary Japanese filmmaker, Akira Kurosawa. Despite the deliberately antiquated presentation, the character models are strikingly well-detailed, and the environments are thoroughly-detailed and a joy to traverse. Some of the animations are better than others, with combat looking seriously fluid with the right inputs executed, but some walking animations are more on the janky side. Nevertheless, Trek to Yomi‘s a sight to see, and will positively draw in prospective gamers with this aspect alone. 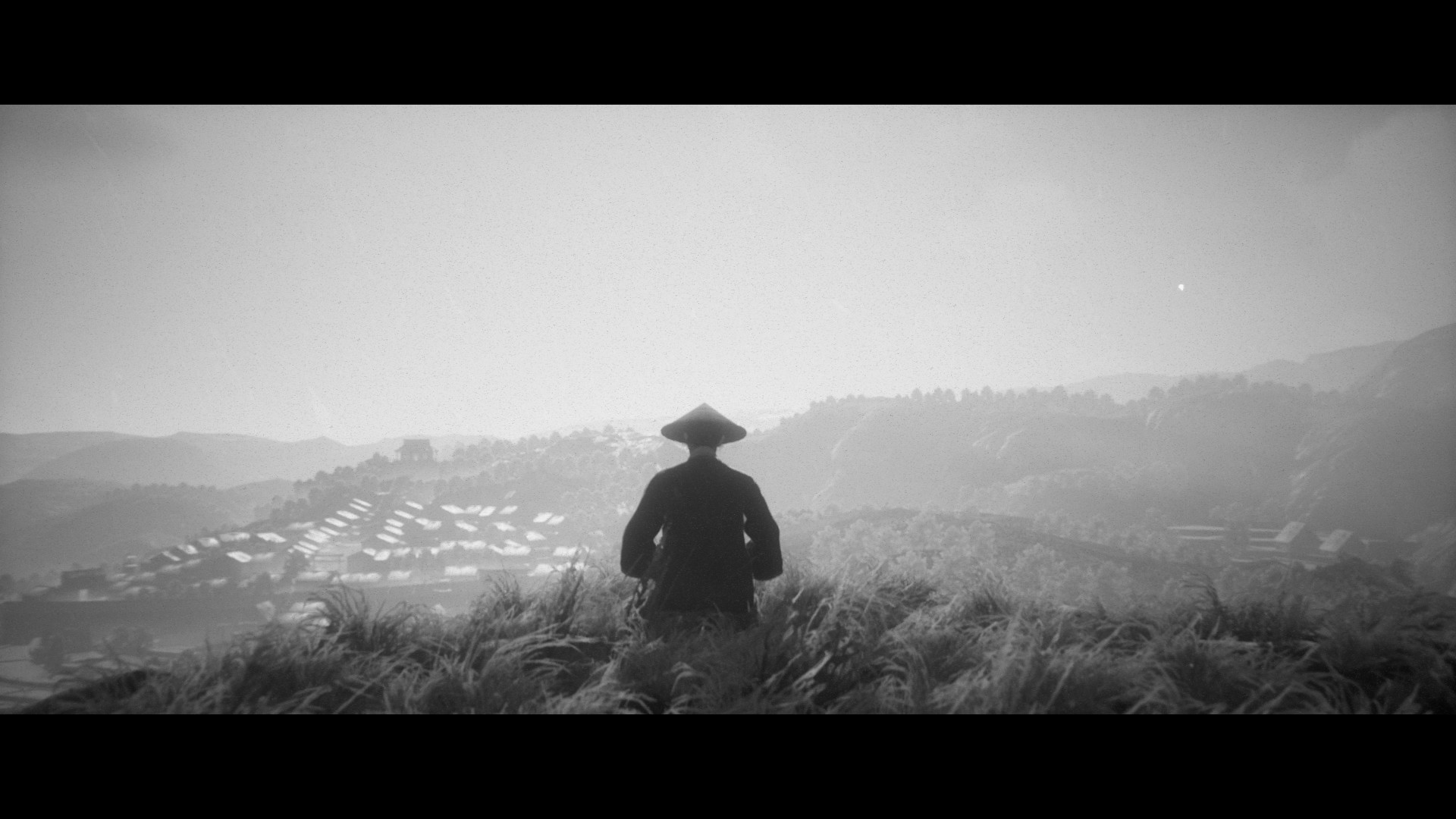 Presented in black-and-white with film grain, Trek to Yomi revels in its cinematic flair.

The attention to detail continues within the auditory department of Trek to Yomi. With an appropriate soundtrack backing the journey at all times, immersion is enhanced. The swing of a blade is succinct and slicing through enemies feels impactful. What really caught my attention, though, was the screams of both my enemies and the townspeople in distress. It really feels like you’re inflicting a great deal of pain onto each and every foe you fall, and as villages burn and innocents perish, the sheer agony is felt within the strained voices of those you pass. Capturing these emotions is vital to keeping the player laser-focused onto the game, and Trek to Yomi nails it here.

A press preview of Trek to Yomi was provided courtesy of the publisher.

Trek to Yomi crafts a sharp and stylish feudal Japanese adventure inspired by the likes of Akira Kurosawa.