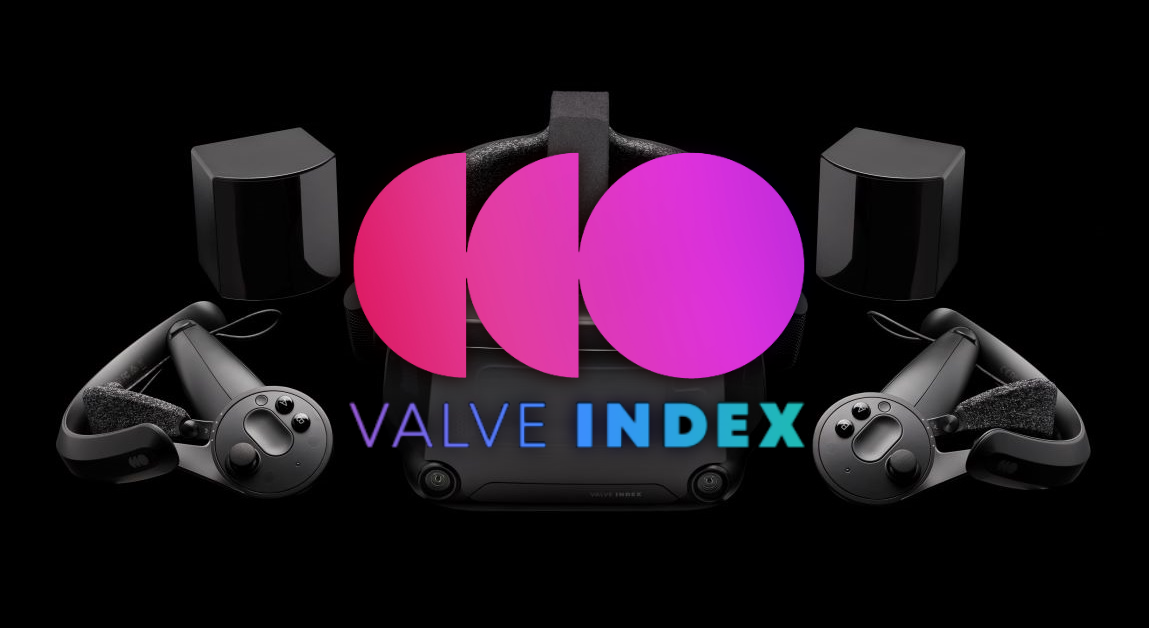 Virtual reality, or VR as it is most commonly referred to, is not a new concept by any means. The idea of being completely immersed in a virtual space was conceptualised as far back as the mid 20th century, prior even to the existence of the home computer. With the first commercially available headsets made available in the early 1990s, it seemed like the work of science fiction where simply donning a headset could allow the player to enter another reality. Though it’s true that the applications of VR extend into areas such as training simulations, cinema, and even social virtual worlds, there is one area where VR has remained consistent, pivotal, and constantly advancing: videogames.

However, technical limitations have long held back VR headsets from achieving a true sense of reality. This is until recent years, where mass produced headsets coupled with the rapidly evolving technology of gaming consoles and powerful personal computers have finally managed to blur the line between reality and the virtual world. To be fully immersed in the world of a videogame is an experience like none other, and something that “flat gaming” (that is, games played on a regular screen) can never hope to achieve.

Having been invested in virtual reality for several years now, I’ve eagerly awaited a piece of technology that could truly take my breath away, or have me convinced I had left my living room entirely. Previous headsets, while incredibly entertaining and providing unmatched gaming experiences, would still regularly remind me of being firmly grounded in reality due to unwieldy controllers and unimpressive visuals. Though my most recent VR experience has begun to change my perception…

The Valve Index, manufactured by none other than Valve (the corporation behind Half-Life and Steam), is the latest virtual reality headset to launch in Australia. Released initially in 2019 for the US market, the headset is finally available for purchase in Australia next month, where the Index VR Kit officially launches available only through EB Games Australia. Alongside a hefty price tag, the need for a powerful PC, and several square metres of space, this impressive piece of technology provides the most definitive VR experience to date. So is the Index worth your hard-earned cash? Read ahead and find out.

What do you get?

The Index VR Starter Kit, which is entirely contained within a single hulking black box, is jam packed full of almost all the equipment that you’ll need to dive into virtual reality. Almost is a very key word here, because there is something absolutely vital that any player wanting an Index will already need at their disposal: a powerful PC. Before you even consider purchasing an Index, be sure to run the SteamVR Performance Test to give you a sense of how well your computer will handle it.

So your PC passed the test? Good! You now have permission to open the box, which contains:

It’s a considerable amount of gear and can be a bit daunting at first, but thankfully getting ready to use the Index is a smooth experience that requires minimal effort. Here are a few tips to consider when getting set up:

The quintessential piece of virtual reality equipment – wearing this headset will almost certainly convince players they’ve left their living room or office entirely. And the Index Headset is more than just a couple of screens and lenses; there’s an incredible amount of technology incorporated to provide as legitimate a VR experience as is currently possible.

Contained within the headset are two 1440 x 1600 LCD screens with a maximum framerate of 144Hz for silky smooth gameplay. These sit in the main body of the headset behind two lenses, which can be moved horizontally using a slider to adjust the inter-pupillary distance, a nice touch for fine-tuning the image. The combination of these particular screens and lenses allows for an immersive field of view, moreso than other headsets I’ve used previously, meaning that the gameplay fully wraps around you with fewer blindspots. Images on the Index are crisp and able to achieve a significant level of detail (if your PC will allow it).

Though it’s not all about the visuals – the Index achieves an impressive auditory experience too. Two built-in ear speakers sit raised just beside each ear to create a surreal suspension of disbelief. Easily adjusted into place within seconds, the speaker design creates a proper sense of 3D audio without any physical intrusion of headphones or in-ear earphones. Audio quality is impressive, with a sense of environmental space that allows the player to detect sounds as if they’re coming from any direction, and noise leakage is almost non-existent.

Finally, if you’re going to be wearing this unit on your head for hours on end, it’s got to be comfortable. My melon head stretched the index to its very limits! Thankfully, numerous adjustments allow the headset to adapt to suit players of all sizes. The size of the headset, angle of the screens, distance of the lenses and speakers can all be easily changed within seconds. During our play-testing we got the Gaming News Australia crew together to try out the headset, and adjusting it between each player took a matter of seconds. You’ll easily be able to play for several hours before the headset begins to become restrictive and uncomfortable, but fine-tuning the adjustments takes some trial and error.

With only a few basic buttons and minimalistic design, the simplicity of the Index controllers can be incredibly misleading. Despite how basic they appear, these just so happen to be some of the most technologically-advanced controllers you’ll encounter. However, the impressive aspects of the controller cannot be shown off in a gif, because it’s all under the surface.

Hiding beneath the sleek exterior are numerous features that aim to enhance the VR experience. By sliding the controllers onto your hands and fitting them into the hand grips, each hand is unknowingly mapped by 87 individual motion sensors. This allows accurate tracking of the position of each finger and any minute movements that are made. To deepen the experience, there is actually no need to “hold” the controller, as they comfortably attach to each hand and allow a completely open hand without fear of the controllers dropping. In addition to the motion sensors, the hand grip features a force sensor, which detects squeezing and grabbing inputs.

Tactile inputs are still utilised to complement the more advanced sensory controls. The analogue stick (though small) is smooth and easy to control, and the trigger and action buttons all have a satisfying clickiness to them. Each controller also has an oval-shaped track pad on its surface, which functions effectively as an input for scrolling and navigating in-game menus. While the ergonomic design can be adjusted for most players, those with bigger hands may have some trouble reaching the lower face buttons, as these can be awkward to reach.

Charging the controllers is as simple as plugging in a USB-C cable, no special docks or equipment required. Full battery life will last just over 7 hours of playtime, which is more than enough for the vast majority of VR sessions. They also charge quite quickly – getting to half capacity in around 30 minutes, meaning you won’t be kept waiting too long if they run out.

Bundled with every Index Headset is a download code for a game by the name of Half-Life: Alyx, the newest entry in the iconic sci-fi shooter series that helped Valve shoot to fame back in 1998. This is a tailored experience that has been designed specifically for virtual reality and a brilliant standalone Half-Life game on its own. Having played through the game in its entirety, I found myself regularly in awe of the clever gameplay mechanics, which showcase every single aspect of the Index to near perfection. Alyx is quite possibly the most polished VR experience to date, and an absolute must-play for fans of the series.

We tried out several other games to put the headset to the test, including rhythm games like the incredibly popular Beat Saber and the recently-released God of Riffs, both of which make excellent use of the controllers in a musical setting. Other notable games in different genres include Moss, Blade & Sorcery, and Vacation Simulator, all of which are unique VR experiences that are worth checking out. And if you’re looking for something more social, VRChat is easily the most popular service available where players can interact with each other using 3D avatars. It’s the future of socialising!

Strangely enough, one of the most impressive “games” is not a game at all, it’s SteamVR itself, which is more like a dashboard for loading up games. You can customise this to various different environments that are crafted by the Steam community. During my time trying out the headset, I turned my VR Home into “Bag End” from The Lord of the Rings/The Hobbit and was able to explore through Bilbo’s iconic hobbit hole. The VR Home is also packed full of interesting Easter eggs, customisation options and virtual tools to keep new players entertained.

Before we wrap things up, there are just a few more points about the Valve Index that are worth mentioning. While the technology is evolving rapidly and this is one of the finest examples of virtual reality, there are a few limitations that hold the Index back from being a perfect experience:

There is no doubt that the Valve Index is one of the most advanced pieces of gaming hardware that money can buy, and an incredibly impressive VR experience for newcomers and seasoned players alike. Clever design elements incorporated into both the headset and controllers provide the player with an unmatched sense of immersion that makes going back to regular games seem almost banal in comparison. The inclusion of Half-Life: Alyx makes the Index a near perfect experience to demonstrate the possibilities of VR and its applications within videogames.

While impressive, the Index is unlikely to be replacing traditional videogames any time soon. The need for a powerful PC in addition to a hefty price tag are both hurdles that will unfortunately limit many gamers from even considering the Index. The headset is clearly aimed at those already invested in the technology and suits this demographic as a worthy investment for those keen to spend the time in virtual reality. For those dedicated players, Index is a gaming experience like none other.

A Valve Index VR Kit was kindly provided by Valve for the purpose of this review.