Gracing the big screen in 2018 and adding a much-needed cultural element to the fantastical Marvel Cinematic Universe, Black Panther was unlike any superhero film we’d experienced. Starring the late Chadwick Boseman as the titular protagonist and blending African culture with modern pop culture through the fictitious futuristic nation of Wakanda – the film was widely praised for its roots in real-life historical African tribes through its themes, stunning visual design, and Oscar award-winning soundtrack. King T’Challa’s reign was sadly brought to an end in 2020 with the passing of Boseman, who left behind a legacy that he had established as pillar of the MCU. In keeping the spirit of Wakanda alive, the baton passed to his sister, Shuri (Letitia Wright), to lead the nation forward in the pressing time following T’Challa’s absence. So with the Black Panther now gone, does Wakanda Forever successfully pay respect to the character while moving forward to establish its own story? Find out in our Black Panther: Wakanda Forever review.

Opening with the most sombre sequence of a Marvel film, Wakanda Forever immediately addresses King T’Challa’s passing. Stricken with grief, the stoic Queen Ramonda (Angela Bassett) seeks to comfort her daughter, Shuri, in mourning for their beloved family member and King who has passed on to meet his ancestors. Though their moment of mourning is rudely interrupted by a new threat to throw the peaceful nation of Wakanda into disarray…

Queen Ramonda leads her nation through a time of grief.

Rising from the water with an ultimatum is the mysterious Namor (Tenoch Huerta), the powerful leader of a mythological tribal nation whose capital rests deep beneath the sea and unknown to all on the surface world. Once content to live in their isolated kingdom, greed and hunger for resources from Western society threatens to ruin the utopia they’ve established. And what resource is that, you ask? Vibranium. This precious metal once previously thought to be exclusive to Wakanda has now been found on the sea floor, a discovery that could cause utter chaos.

Namor, king of Talokan, which rests leagues beneath the waves.

Namor proposes a truce between the two tribal nations in order to unite and protect their Vibranium supplies. The only catch? Shuri must locate and eliminate a talented scientist who is responsible for locating veins of Vibranium on the seafloor. Should she side with the fellow tribal nation and pursue those who oppose her, or will she follow in the kind footsteps of King T’Challa who went before her?

Immediately, Wakanda Forever faces a significant challenge: the absence of its protagonist. Despite being a Black Panther film, this sequel is less about the superhero and his successor, and more about the ties between family and friends as they process their grief and strive to protect their nation. There are also moments where Wakanda Forever isn’t quite sure what it wants to be – flitting between family drama, buddy comedy, and eventually settling in its final third on the typical superhero action we all expect from MCU entries.

Okoye (L) and Shuri (R) briefly turn the film into a buddy comedy, which is amusing but jarring.

Throughout its 160 minute duration, there are certainly times where Wakanda Forever can’t help but feel slightly padded, embedding an entire sub-plot involving the CIA and American agents that is never fully explored and feels almost unnecessary. The film’s key strength lies in its interactions between the nations of Wakanda and Talokan, both fighting for their survival. These two nations clash due to their similarity, and the contrast of African vs. Mayan culture is a delight.

Credit must be given to Letitia Wright for her performance as the film’s lead character, Shuri, and the new Black Panther. Stepping into an already established role and being able to fulfil fan expectations is no small task, and Wright brings the character to life throughout as she finds her feet without her brother to lean on. Her character development from tech-obsessed sister through to confident and powerful leader seems a tad abrupt, but is satisfying to see her emerge from her shell. Coupled with her interesting dynamic with Tenoch Huerta as the film’s antagonist, the pair create a gripping narrative that is sadly held back by the film’s unnecessary aspects.

The original Black Panther was renowned for its design through sets, costumes, and characters. Wakanda Forever takes this formula and builds upon it, keeping on theme with its gorgeous African tribal designs, huge sets, and brilliant dance and combat sequences. This is made even more visually compelling thanks to the addition of other underrepresented cultures throughout the film, namely Haitian and Mayan influences. These are cleverly incorporated into sets like the underwater kingdom of Talokan, its whale-riding inhabitants, and even through simple designs seen in flashbacks which emphasise the characters’ cultural connections.

Thankfully, Wakanda Forever also lifts the bar when it comes to its special effects. Despite its gorgeous designs and costumes, the first film was heavily criticised for over-reliance on unpolished special effects that unfortunately ruined viewer immersion. This is remedied in the sequel, which still has heavy use of CGI, particularly during many of its underwater scenes, but still manages to look believable and aesthetically pleasing. 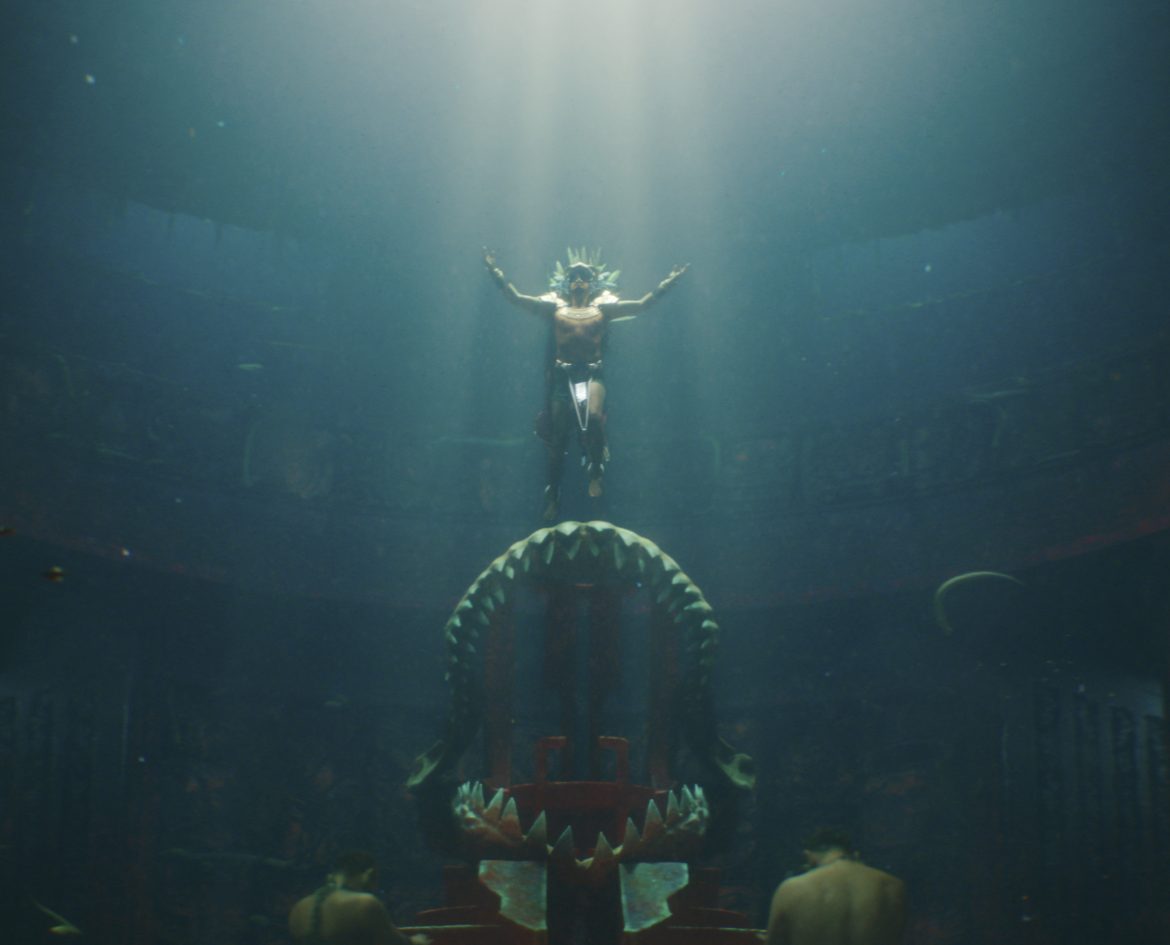 Lastly, if you’re a film soundtrack buff like myself, you’ll be elated to know that Ludwig Goransson (Black Panther, The Mandalorian) returns to score the sequel. His award-winning score to the original Black Panther earned him not only an Oscar, but the respect of the entire composing community for his phenomenal incorporation of traditional African music and instruments meshed in with elements of modern hip-hop and quintessential superhero orchestral sound. While the sequel doesn’t do too much to set itself apart, re-using many songs from the previous film, it still offers an impressive suite of tracks that I’ll happily be listening to for months (or even years) to come.

Another audio treat is in the film’s dialogue, which is presented across a number of different languages and regularly incorporates subtitles. Being able to watch emotive dialogue delivered in a native tongue is far more impactful, and the choice to include a wide variety of languages throughout the film certainly helps it to feel more genuine and culturally diverse.

So without Black Panther seated upon the throne, does the sequel manage to be as ground-breaking as the original? While respectfully addressing the passing of King T’Challa/Chadwick Boseman, the film takes a step in a direction of its own to establish a new protagonist and set of unique heroes, drawing upon more cultural influences as its greatest strength. This is unfortunately hindered by unnecessary padding, attempts at hopping across genres, and a sub-plot that would have been better off excluded altogether. But for fans of the first film, this is a sequel that certainly keeps the gorgeous cultural setting of Wakanda forever alive.

A preview screening was kindly provided by Shout Communications and Disney Australia for the purpose of this review.
You can read more of our film reviews here.

Although King T'Challa is gone, Wakanda forever lives on.