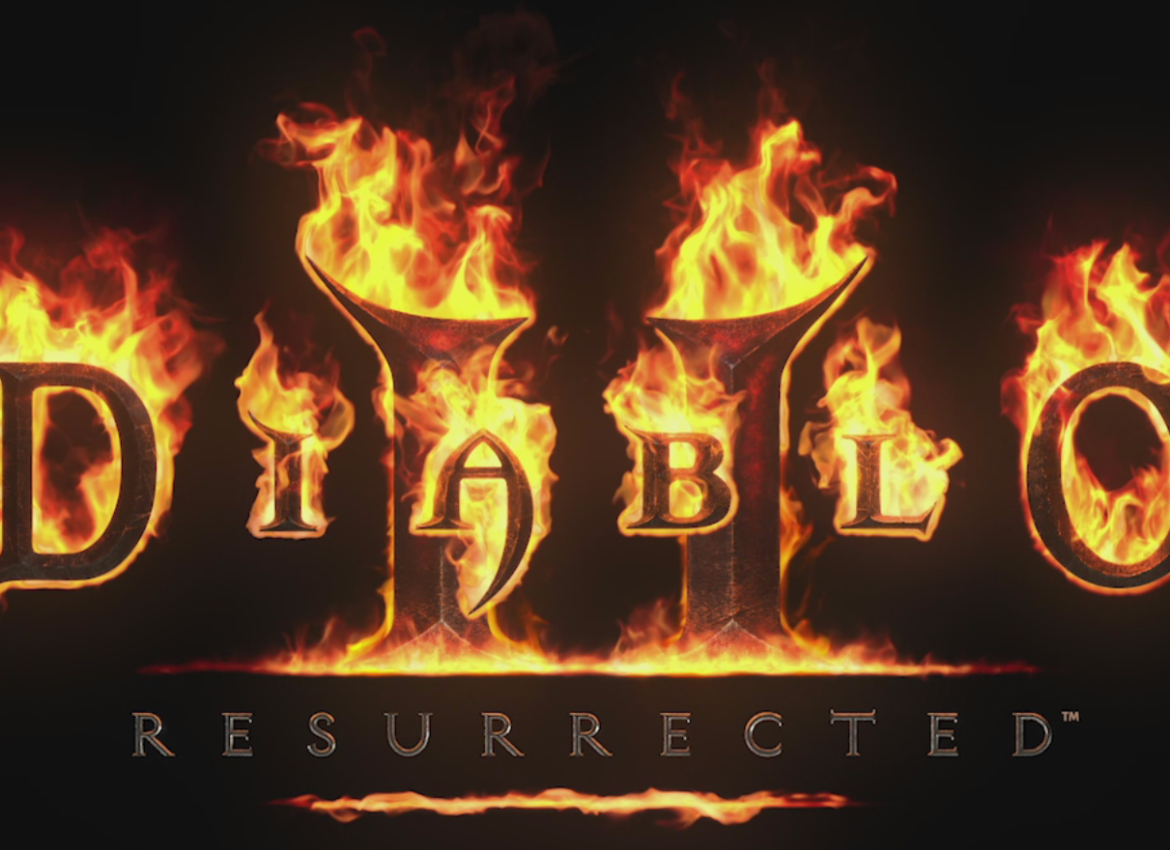 Over the last four days I have been almost non-stop bingeing the Diablo II: Resurrected Technical Alpha on PC, which ran from the 10th – 14th of April and gave select individuals the chance to try out this revamped version of Blizzard’s classic dungeon-crawler RPG. Players were given the chance to participate by signing up, however I managed to score a code through fellow gaming website, IGN Australia, who I had the opportunity to play on behalf of.

Much to my delight, I soon discovered that Resurrected is truly the definitive version of Diablo II that fans have always wanted. In sticking with the original gameplay Diablo II has become so well-known for, Resurrected adds unmatched graphical detail, finesse, and multiple quality-of-life changes to truly bring this cult classic into the realm of modern gaming.

But what’s so good about Resurrected anyway?
If it’s the same gameplay as it was 20 years ago, is it worth playing again?
Well you might find out if you’d…

What did the Alpha involve?

Though I was hoping for the chance to once again venture all the way from the Rogue Encampment through Hell and into the fearsome Frigid Highlands, the Alpha included only Acts I and II of the game without any option of choosing difficulty. This gave a short snippet of the game: enough to keep me occupied for the few days while the Alpha was active, but certainly left me wanting more. It felt quite jarring to finish Act II without the ability to leave Lut Gholein and sail East towards to Kurast.

Choice of class too was limited. All seven familiar faces stand in front of you around the campfire at the “Select Hero Class” screen, however you only have the option to choose from three: Amazon, Barbarian, and Sorceress. Having played primarily as Paladin and Druid in the past, this came as a bit of a shock, but it forced me instead to step outside of my comfort zone and pick a class I normally would not. Eventually I picked Barbarian, not because of his well-defined rock hard quads that you get to admire each time you boot up the game, but because his emphasis on dual-wielding and melee abilities was more suited to my style of play.

After completing Act II with a Barbarian and dying against Duriel multiple times, I decided to play through the game again choosing the Sorceress class. This came as a massive shock after playing such a resilient melee character. Replayability of the alpha was limited to playing through these same two acts as the three different classes, but still kept me entertained and occupied.

You’d have to have a light radius of 0 not to see the biggest change of all in Resurrected: the visuals. A game that once ran in 4:3 at an impressive resolution of 640 x 480 (and increased to 800 x 600 in Lord of Destruction), now has been brought into the realms of modern gaming in full 3D. Finally you can experience Diablo II in glorious 16:9 without the need for a mod! Graphical options are plenty and can be adjusted to suit your PC – I ran the game at 2560 x 1440 at maximum settings and had a consistent framerate of >60fps, though the game can be run at higher resolutions if you have the capacity.

What impressed me most about this 3D visual upgrade was the game’s ability to retain the dark, gothic aesthetic of the original’s environment and enemy designs, all while adding a level of detail as if it were a game created only recently. You’ll immediately be able to recognise every single character, item, enemy and small environmental detail from the original game despite the graphical overhaul. Even the game’s UI and menu’s are significantly more detailed while retaining the feel of the original. As an added feature, at any point in the game by pressing “G”, you’ll be able to swap between Resurrected and Legacy graphics, which is a nice touch even through it likely has little functionality.

Aside from the graphical changes, there are a few other improvements to the interface, options and gameplay that help to update this now 20-year-old game. The character selection screen now feels like logging into World of Warcraft or Diablo III, instead providing a detailed view of your character, their equipment, and an intricate backdrop of whichever area you most recently saved in.

There are also several new settings compared to the original, including accessibility options for those with low vision or colour blindness. One of the most satisfying changes is “Auto Collect Gold” which is set to default, meaning that you won’t have to spend time frantically clicking on coins after they fling out of a chest. Simply walk over the gold and your character will pick it up. A game-changer!

Literally everything else. This is Diablo II: LoD gameplay almost completely untouched. Every movement, attack, spell and interaction feels 100% as it did all those years ago, and fans of the original will appreciate this far more than newcomers to the series. Every dungeon and encounter has been lovingly recreated in the updated art style, blending traditional gameplay with an attractive modern aesthetic. Most notably, the boss fights still feel exactly as they used to, as I especially noted while facing off against Duriel, trapped in the tiny arena chugging potions rapidly.

Through my time playing the alpha there were several other elements that had not been changed – the audio including sound effects and soundtrack, while having been remastered, is almost identical, though now sounds crisp and clean. As a massive fan of Matt Uelmen’s atmospheric and ambient score, I’m glad there have been no significant changes made. The inventory system also is identical – same number of slots, ability to swap between two sets of weapons, and the use of your character’s stash (both personal and shared).

Reportedly cutscenes have been completely remastered, though in the technical alpha you’re presented with the original cutscenes (which now appear incredibly pixelated!) along with a VISUAL PLACEHOLDER stamp in the bottom right to give you the impression that these are not being kept.

Were there many bugs?

After playing for approximately 20 hours, bugs I encountered were few and far between. In fact, the most common bug I encountered tried to kill me and shot electricity when I attacked it (damn you, Death Beetles!). Though in all seriousness, the game played almost flawlessly. There was the occasional graphical glitch, such as a model popping in or the odd enemy clipping through a closed door. One of the more amusing bugs I encountered was after breaking down the door to Duriel in Tal Rasha’s tomb. After assembling the Horadric Staff, a beam of energy shatters the wall leading to the boss fight. Upon exiting this area there wall would return intact as if to say, “Don’t go in there, Duriel will f*ck you up.“

Though my experience was mostly uneventful, other players found more interesting bugs, such as one that gave the ability to easily duplicate items. This is the purpose of an alpha test, after all.

Although changes are minimal, Resurrected will make you happy to double-dip into what is essentially the same game with a fresh coat of paint. Those who spent hundreds of hours in slashing away in single player or online attempting to climb the ladder will undoubtedly feel right at home. Having played through Diablo II: Lord of Destruction only months ago, booting up Resurrected was as simple as jumping back into the game I already knew so well.

Newcomers to the series may be surprised by Resurrected’s simple, looping gameplay, as in the last couple decades RPGs have become increasingly complex. By today’s standards the game is easily approachable and does well to ease you into a challenge. Hopefully this will also expose a new generation of gamers to an experience often considered as one of the most iconic, influential PC games ever made.

In conclusion, Diablo II: Resurrected is without a doubt the game Diablo fanatics have dreamed of for years. While Resurrected has revitalised the game’s visuals tremendously, it manages to do so while retaining the most important aspects that fans have grown to love: traditional RPG gameplay, and a dark, gothic aesthetic. So, will it be it worth playing? Yes, without a doubt.

The game launches later this year. You can find more info via the official website:
https://diablo2.blizzard.com/en-us/

Evil has resurrected. But after 20 years, has Diablo II aged like a fine potion, or has is it dated and shrivelled up like a wrinkly Deckard Cain?