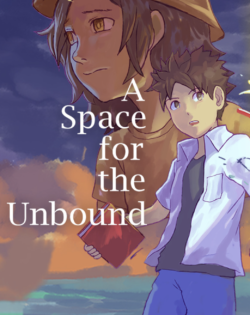 A Space for the Unbound

Earlier this year, we were lucky enough to have the chance to try the demo for A Space for the Unbound at PAX Aus! A Space For The Unbound is a (mostly) relaxed adventure game set in rural Indonesia in the late 90’s. With its focus on plot and beautiful coloured pixel art, Unbound is a game that highlights themes of mental health, touching on topics such as anxiety and depression and how to overcome them. And of course, as is classic, threatening supernatural powers.

Atma and Raya, a highschool couple, fight to save their sleepy town and unspool its secrets. They’re able to do a deep dive into townpeople’s minds (think Inception) in order to collect information. I’m very much looking forward to playing a game with such a rare setting, as Indonesia is, at least from what I know, is a country that rarely has the spotlight in videogames. A Space for the Unbound is created by Mojiken Studio, based in Surabaya, Indonesia, and has a planned release date of late 2022. By Qualbert
They say repetition is the mother of retention.
Nintendo Switch By Qualbert
Essays on Empathy is thoughtfully reflective, introspective and emotive; 50% videogame, 50% documentary, and 100% heart.
GamingPC/Steam