The original PlayStation is a console that is very dear to my heart. It wasn’t my first encounter with the world of video games, but it’s the system that showed me the power of the medium and contributed to my interest in computer technology that continues to this day.

Over the past month, Sony has been rolling out their revised subscription model to compete with Microsoft’s Game Pass service. The highest tier offers various games from Sony’s past, including PS1 games being playable on the PS4 and PS5 for the very first time.

Unfortunately, Sony doesn’t have the best reputation when it comes to handling their back catalogue. The combination of dodgy emulation software and the reliance on inferior PAL code has left a sour taste in my mouth. But I’m willing to give Sony one more chance to prove they can show some respect for their back catalogue.

Oh boy, that was a mistake. I need some hard liquor.

Upon booting up a PS1 classic on the PS5, you will notice the game looks far sharper than you remember. This is because the native rendering resolution of PS1 games has been increased to 1440p. This includes the original PS4, which doesn’t support 1440p output. But the console still supersamples the image down to 1080p. With so much overhead being available, I’m disappointed that Sony didn’t try to push for higher resolutions on the PS5. Games with simple visuals like Kurushi (Intelligent Qube) and Toy Story 2 look fantastic when presented at a higher resolution. But the same can’t be said for games with realistic settings like Syphon Filter, where the increased clarity reveals many flaws in the game’s visual makeup that were once masked by the CRTs of yesteryear. Although I would be lying if I said the increase resolution didn’t make it easier to achieve headshots against long range targets. The increased resolution is also not flattering for games that use pre-rendered backgrounds like Resident Evil Director’s Cut. The character models being rendered at 1440p look out of place against the pre-rendered backgrounds (pictured below). This is why I would love to see Sony offer the option to run games at their original 240p resolution. On the plus side, any games that used an interlaced output on the PS1 like Mr Driller are presented without any interlacing artifacts. Because the PS4 and PS5 controllers lack a select button, Sony has assigned the select and start button to the touch pad for each console’s respective controller, while the actual start button on your controller will bring up the emulation menu. Within this menu, you will find numerous options to enhance your walk down memory lane.

Perhaps the most useful among them is the ability to rewind up to 10 minutes of gameplay. Given that older games don’t offer the same frequency of checkpoints as modern games, this is a welcome inclusion that will make these games more approachable for newcomers. On top of that, Sony has included six save states with every game. Remember, the vast majority of PS1 games didn’t include auto-save functionality of any kind. This means you will have to make a habit of saving your progress on regular basis.

The emulation wrapper also includes a few visual presets and the ability to adjust the aspect ratio to your liking. 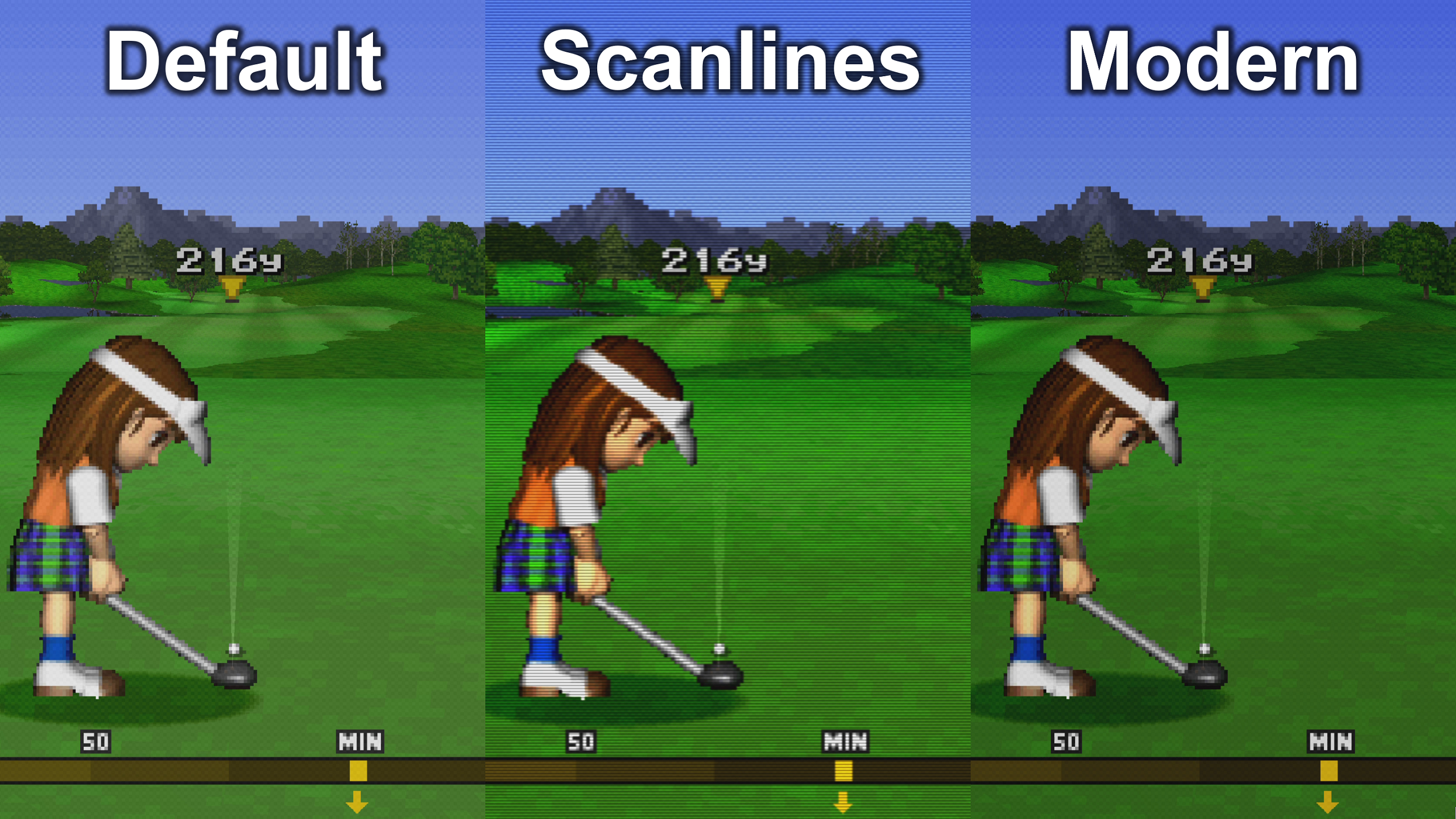 You can choose between default, retro classic and modern (pictured above). Retro classic applies a basic scanline filter that lacks any options to adjust the thickness of the scanlines and the type of mask being deployed. While the modern preset darkens the image for some unknown reason. Unless you want scanlines with your Ape Escape, I would stick with the default preset.

Wide Zoom (stretched) is self-explanatory and stretches the image to fill the entire screen, but I would only recommend using this aspect ratio for Worms Armageddon, which offers a proper 16:9 mode within the game’s options menu. The other three are somewhat misleading if I’m being honest. Native resolution doesn’t actually render PS1 games at their native resolution and instead reduces the image to a postage stamp on your display.

Perhaps the most exciting feature of PS1 classics on the PS4 and PS5 is the addition of trophies. That’s right, you can finally flex your puzzle solving skills with the Kurushi platinum that adorns your PSN profile.

However, it’s worth noting that trophy support is optional for third party publishers since their implementation comes at a cost. This probably explains why only five games offer trophies (Ape Escape, Everybody’s Golf, Kurushi, Syphon Filter and Wild Arms) and every one of them is published by Sony. Since mandating trophies was one of the factors that held back the rollout of PS2 classics on the PS4, it makes sense why Sony has opted to drop this mandate for PS1 classics. On the positive side, the PS4 and PS5 applications for PS1 classics have separate trophy lists. Which means you can earn two platinums for each game!

What’s Available In Your Region?

Aside from the misleading aspect ratio options, the PS1 classics sound really promising. Unfortunately, all these positives are undermined by the fact that Sony has opted to use PAL code for numerous games outside of America and Japan.

I’ve broken down which games use NTSC and PAL code based on your region:

Why is this an issue? The problem is that many games developed by American and Japanese studios were optimised for the NTSC standard. Instead of reprogramming a game’s logic to accommodate the speed difference of the PAL format used abroad, developers would take the lazy route and reduce the speed of the game by 17%. This coding decision would introduce additional latency and decrease the speed of the player’s character.


The situation is made worse by the fact that neither PS4 nor PS5 offer a native 50hz output (outside of DVD playback). All PAL games, including ones that were optimised for PAL are forced to go through a 60hz framebuffer. The mismatched frame persistence creates visible judder that is highly distracting and ruins the visual presentation. 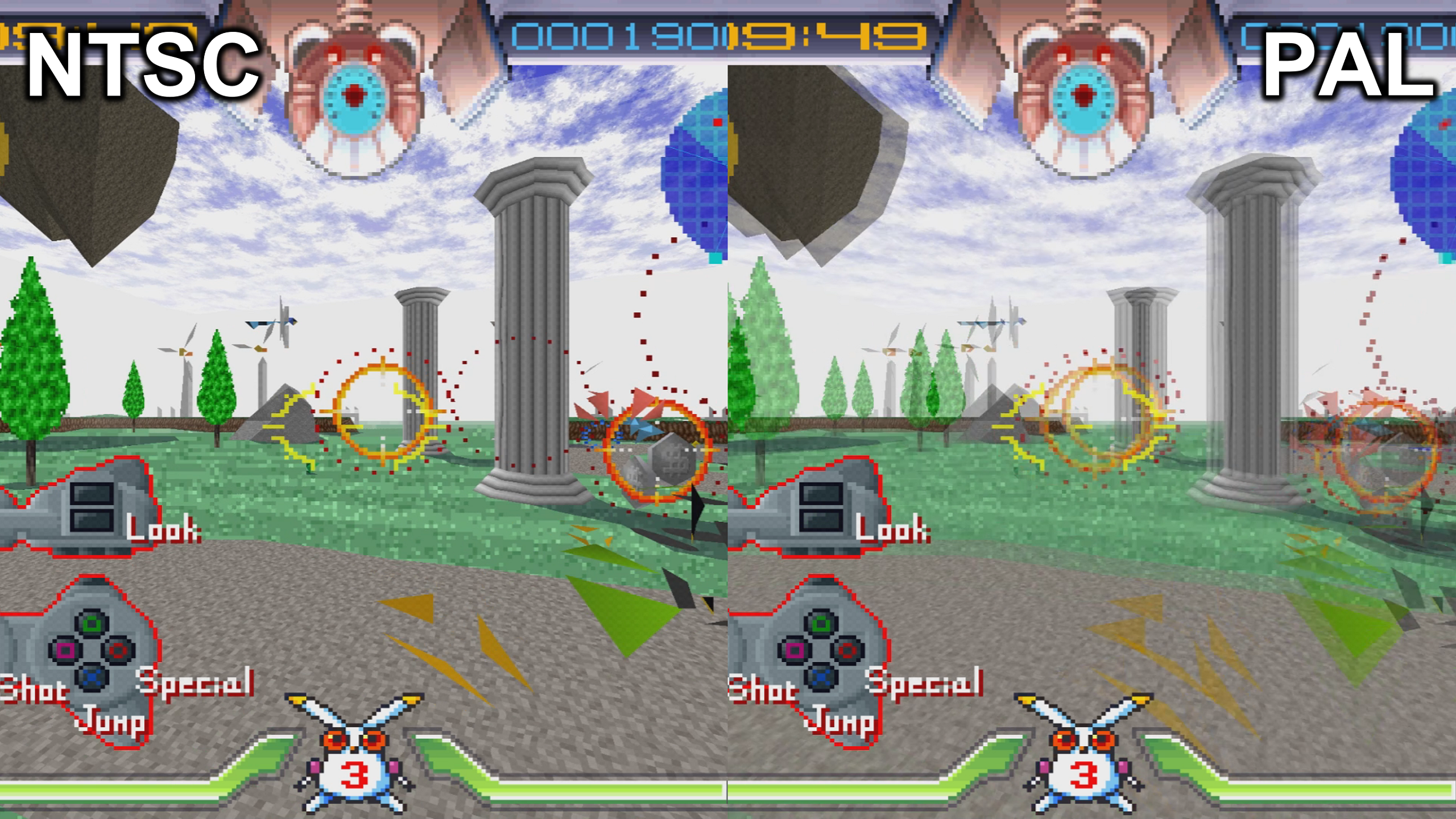 In a post-launch patch, Sony has tried to fix this problem by upscaling the framerate with frame blending (pictured above). This process might eliminate the judder, but it introduces these nasty ghosting artifacts that smears the final image. Not to mention this doesn’t fix the controller lag with games using unoptimised 50hz code.

On Twitter, Sony Europe has announced that PAL gamers will be given the option to download the NTSC builds of PS1 classics. But I refuse to give Sony any praise for this decision, especially after PAL gamers spent the last 15 years protesting against the company for not giving us a choice between PAL and NTSC.

Despite my preference for NTSC code, I can still see the merit in offering the PAL builds of these old games. Especially ones that contain additional localisation work for various European languages.

In fact, it turns out that PS1 classics downloaded from the Australian/European store offer regional variants based on your console’s language. For example, I changed the language on my Australian PS5 to German and fired up Syphon Filter. I was presented with the German version of the game, complete with German dubbing and red blood being replaced with green blood.


While Syphon Filter may have been censored for Germany, the land of the lederhosen was one of the few countries that received the uncut opening in the original Resident Evil. This remains true when my PS5 was set to German, as I got to enjoy Chris lighting up a big, fat durry. Furthermore, games like Ape Escape had completely different English voiceovers in the UK and the USA. The 60hz version may offer the superior gameplay experience, but there’s several gamers that grew up with the UK version and their nostalgia lies with the British dialogue.

At least the games using 60hz code are in good shape. Free of the control or visual problems that plague the 50hz games. Tekken 2 and Mr Driller both operate at 60fps with only the occasional dropped frame. 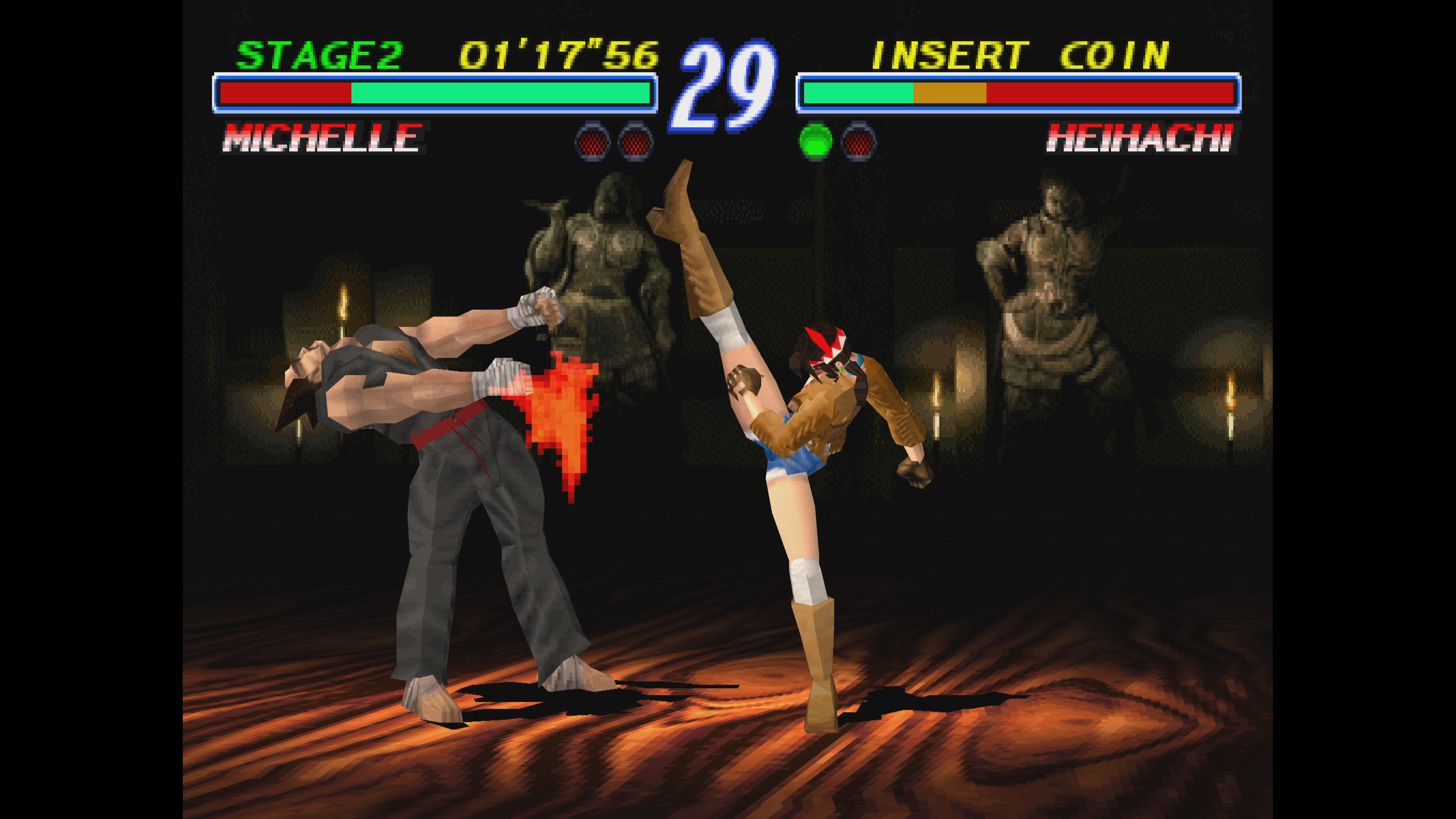 There’s a lot of things to like about PS1 Classics on the PS4 and PS5. The save states and rewind functionality makes revisiting these classics more inviting, not to mention the trophy support will encourage trophy hunters to play through these games for the first time.

But all these quality-of-life improvements are undermined by Sony’s decision not to offer 60hz in all regions. The shoddy controls and presentation flaws associated with using 50hz code are not acceptable. Especially for a service that commands a yearly fee of $154.95AUD. Until Sony delivers their promise of giving everyone access to 60hz code, I wouldn’t recommend pulling the trigger on this service.

Sony's all-new PS Plus PS1 Classics prove why nostalgia is derived from the Greek words for nostos (return) and algos (pain).