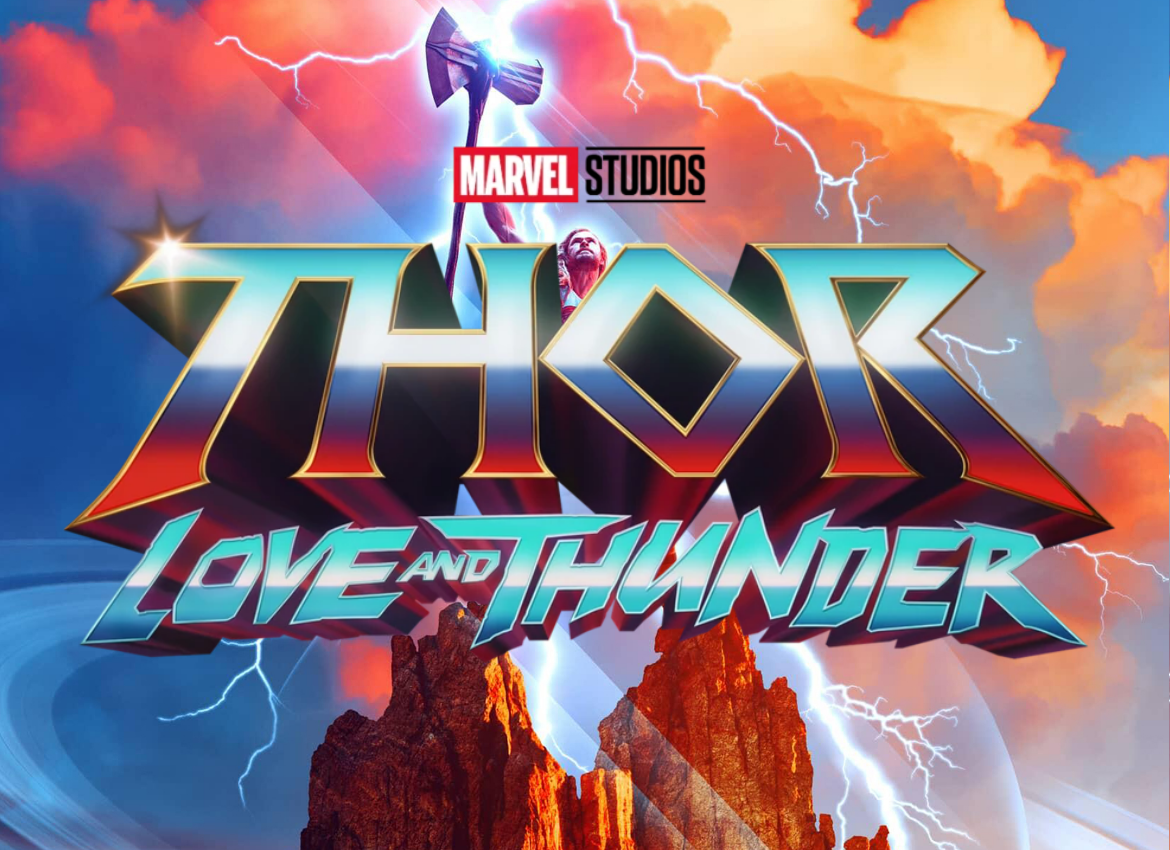 Kids, get the popcorn out. Let me tell you the story of the legendary film director, Taika Waititi. Born in Aotearoa, the Land of the Long White Cloud (or Middle Earth as many of us know it), this talented human grew up with an unashamed passion for gluing together comedy and film by using his wicked sense of humour. Dabbling in sketch comedy and short films through his early career, Waititi shot to stardom as a result of several of his most popular early feature films. These included the New Zealand comedy drama, Boy (2010), the New Zealand vampire comedy mockumentary, What We Do in the Shadows (2014), and the New Zealand coming-of-age adventure comedy, Hunt for the Wilderpeople (2016). The common theme? New Zealand comedy, Waititi’s signature style. Drawing the attention of multinational massive movie magnate, Marvel, Waititi would join the ranks of Asgard to direct his very first superhero film, the widely-praised Thor: Ragnarok. Taking the iconic God of Thunder and adding his own light-hearted twist to the character, injecting vibrancy into the Marvel Cinematic Universe, Ragnarok was almost universally praised, adding his own breath of fresh air to the formulaic films. Now free of his creative shackles, Waititi at last unleashes his distinct style in its glorious entirety through Thor’s fourth feature film. Grab a pint of mead, climb aboard the Bifrost, and let us journey toward the biggest and most bombastic Marvel film yet in Thor: Love and Thunder.

Lost in an endless desert with his beloved child fading in his arms, Gorr, a humble man and devout believer, stumbles across a heavenly oasis amid the harsh landscape. Confronted by the very God he has devoted his life to, with all hope lost and his land in ruins, Gorr turns to his God for assistance in a final act of faith. Though a mere mortal is naught but a sacrifice for a powerful being such as a God. Betrayed by his God and left with nothing but a legendary sword, Gorr swears vengeance upon every single higher being across the entire universe through his vow: All Gods will die.

Gorr the God Butcher, AKA the universe’s most dedicated atheist.

Now embarking on a journey of self-discovery tagging along with his new crew of space friends following the events of Avengers: Endgame, a certain God of Thunder receives a distress signal from an old friend. Hearing of the slaughter of a great God from a distant planet, the newly-transformed Thor is tasked with saving not only himself from the malevolent God Butcher, but every God in existence. Though killing a god requires immense power, and stopping a God-killer cannot be done alone. Through a twist of fate on the journey to end Gorr’s plans, Thor is reunited with an old flame, who just so happens to have stolen not only his look… but his hammer. 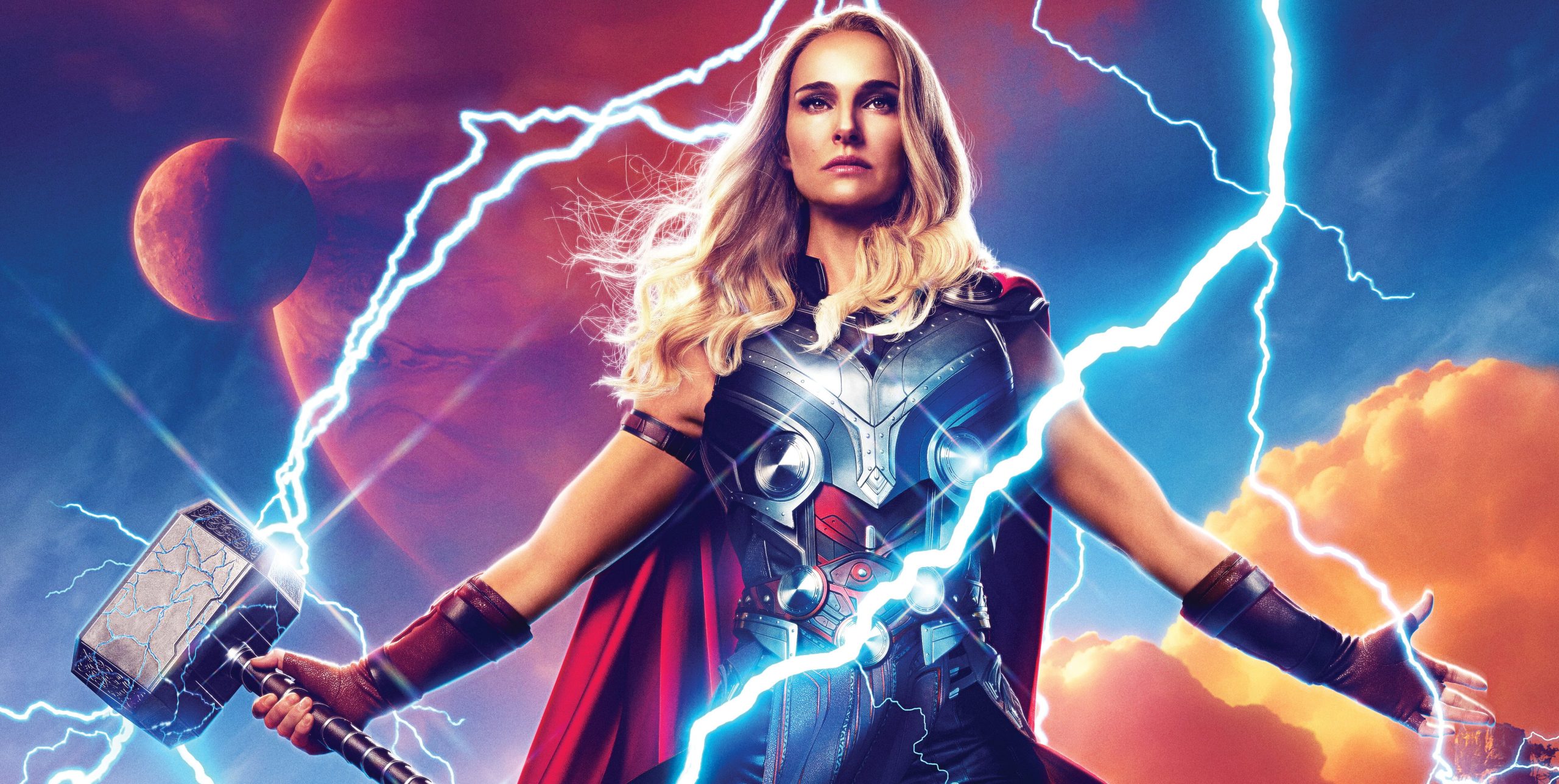 Two Thors are better than one – Dr Jane Foster is “The Mighty Thor”.

This is where Love & Thunder gets really interesting – this is Taika Waititi completely unleashed, truly free to create the biggest, boldest, and most grandiose Marvel movie to date. Combining his signature exaggerated comedic style with jaw-dropping action sequences, deeply emotional character connection, and some of the most visually-impressive scenes featured in the entire MCU, this thunderous new entry launches above and beyond everything established in Thor: Ragnarok. Genres here clash like bolts of lightning – moments of comedy, drama, romance, action, and even horror all blend together to create a Godly feature film that even opposers of the superhero genre will be bound to enjoy throughout its entirety. Admittedly, there are certain lesser Marvel films that begin to feel formulaic and stale, but Love & Thunder is unlike any other. Be sure to clear your mind of all Thorts while meditating.

Reprising his role as the God of Thunder is Australia’s finest export, Chris Hemsworth, alongside fellow Thor, Jane Foster (Natalie Portman) who now wields the mythical hammer, Mjolnir. It goes without saying that the dynamic between these two, including their tarnished relationship and strange reconnection, makes for many fascinating and entertaining moments from the duo. Exes now fighting alongside one another as fellow Gods and Thor’s beloved hammer in the hands of another wielder, allows Waititi to draw upon not only the hilarious nature of these events, but the genuine connection shared between Thor and Jane. Rule 63 of the internet in action.

This is starkly contrasted with the malevolent and hell-bent God Butcher, whose portrayal by Christian Bale (The Dark Knight) is nothing short of extraordinary. Despite the truly evil nature of this character, many of his scenes include touches of dark humour interspersed between his many attempts to behead those who he once worshipped. This is arguably one of the most believable Marvel villains to date and his sheer style through combat and facial contortions is a testament to Bale’s ability to go from hero to villain by assuming a brand new role.

As expected from the follow-up to the most colourful Marvel movie yet, Thor: Ragnarok, its sequel is even more vibrant and otherworldly, taking its viewers to vivid lands beyond imagination through a suite of surreal CGI and curious character design. The first 10 minutes of the film really set the scene for the visual feel of the entirety, with a dramatic action sequence that’s equal parts epic and eccentric. It just wouldn’t be Taika Waititi without a touch of added silliness, now would it?

It’s all sunshine and rainbows until Gorr stops by.

Almost every moment in the film is visually over-the-top, matching the overall feel of Love & Thunder perfectly. This is until the final third of the film, where things really do get dark. Literally. I won’t spoil the delightful visual touches, but there are certain scenes in the film focusing on the villainous Gorr that are eerie and disturbing, yet somehow breath-taking. Villainy is replicated in the film’s sets and environments, as Gorr’s ability to create contorted misshapen beings from shadows means that darkness plays an important factor every time he makes an appearance. The contrast of beautiful gilded cities with the vast darkness of the God Butcher effectively emphasises the impact of each.

Let me clear up one misconception about film music: a soundtrack and a score are very different things. Soundtracks are songs that have been previously composed and compiled to feature as part of a film (e.g., Immigrant Song by Led Zeppelin which plays throughout Thor: Ragnarok), whereas a score is a series of specific musical pieces composed specifically for a film’s background music. Love & Thunder features both of these, and both are equally incredible.

Beginning with the soundtrack, seemingly popularised by Guardians of the Galaxy which was injected with 70s classics, Thor takes upon a similar feel this time emphasising Guns N’ Roses, with many popular tracks including Sweet Child o’ Mine and Welcome to the Jungle being used effectively during high-intensity scenes. Fans of classic rock and metal will be sure to get a kick out of the soundtrack, as even the music of legendary Ronnie James Dio can be heard, with Rainbow in the Dark beckoning forth the multicoloured rainbow bridge, the Bifrost.

Now to match that with a score would be a challenge, but Michael Giacchino (Doctor Strange, Spider-Man: Homecoming) and Nami Melumad (Star Trek: Prodigy) both rise to the occasion. These two spectacular composers have created a score that is unashamedly heroic, beginning with the stereotypical orchestral superhero orchestral pieces, before gloriously adapting this into what sounds like a combination of ’80s synth, orchestral metal, and glam rock. Take a listen to The Mighty Thor’s theme, “Mama’s Got a Brand New Hammer”, for one of the most rocking pieces of film music in recent years:

It’s likely to be a controversial statement, but Taika Waititi is the best thing to happen to the MCU in the last decade. With the film industry now almost entirely dominated by formulaic superhero movies, Waititi is not ashamed to try something completely different, bringing his unique style and signature sense of humour into the pre-established genre. Stellar performances and interactions between Chris Hemsworth and Natalie Portman as two very different Thors, contrasted with Christian Bale as the brutal God Butcher, make Love & Thunder a ride as wild and unpredictable as a cart being pulled by a couple of unruly goats. Superhero fan or not, this is undoubtedly two of the most enjoyable hours that can be spent in a cinema this year.

A preview screening was kindly provided by Shout Communications and Disney Australia for the purpose of this review.
You can read more of our film reviews here.