The charming platformer makes its non-PlayStation debut as Sackboy lands on PC. Find out what’s new in this PC port in our Sackboy: A Big Adventure PC review!

The year 2008 was a magical time. Emo was in, Myspace was hip, and TikTok didn’t exist. My back also didn’t hurt every time I moved. While all of this was happening, LittleBigPlanet on the PlayStation 3 was taking the world by storm. Media Molecule struck gold with its cute, side-scrolling platformer that tapped into the imagination of gamers in a big way. Its powerful creation tools fulfilled everyone’s dream of becoming a game developer, even though many of us would wind up working a mundane office job. The original LittleBigPlanet (2008) known for its charming level creation and platforming.

The success of LittleBigPlanet would lead to the development of multiple sequels and spin-offs. With the most recent title, Sackboy: A Big Adventure landing on the PS4 and PS5 in late 2020.

With Sony continuing their push into the PC space including Uncharted: Legacy of Thieves and recently Spider-Man: Miles Morales, Sackboy has naturally made the jump to PC as well. But how does Sackboy’s debut on the platform fair? Is it worth adding to the thousands of games in your Steam library that you never play? Or does it stink so bad, someone should be sacked over its release? Let’s find out!

The game opens with a beautifully animated cut-scene that showcases the world of Craftworld where Sackboys and Sackgirls alike are having the time of their life. But this peace is interrupted by the evil Vex. This shadowy villain kidnaps the inhabits of Craftworld before forcing them to build his doomsday machine, the Topsy-Turvy. It’s up to you to defeat Vex and save Craftworld.

While the game’s storyline might be predictable for the series. The superb British voicework is worthy of praise with standout performances from Dawn French (The Vicar of Dibley) and Richard E Grant (Can You Ever Forgive Me?). Sadly, the game doesn’t feature any narration from Stephen Fry, given his involvement with the series from the very beginning. The exclusion of his dashing chops is a huge disappointment.

Sackboy: A Big Adventure is not the next entry in the LittleBigPlanet series. This isn’t a side-scrolling platformer, nor will you find any creation tools to express your creativity. Instead, we’re given a 3D platformer with short, bite size stages. It’s obvious that Sumo Digital drew a lot of inspiration from Super Mario 3D World with the overworld map being ripped straight out of Nintendo’s classic platformer. 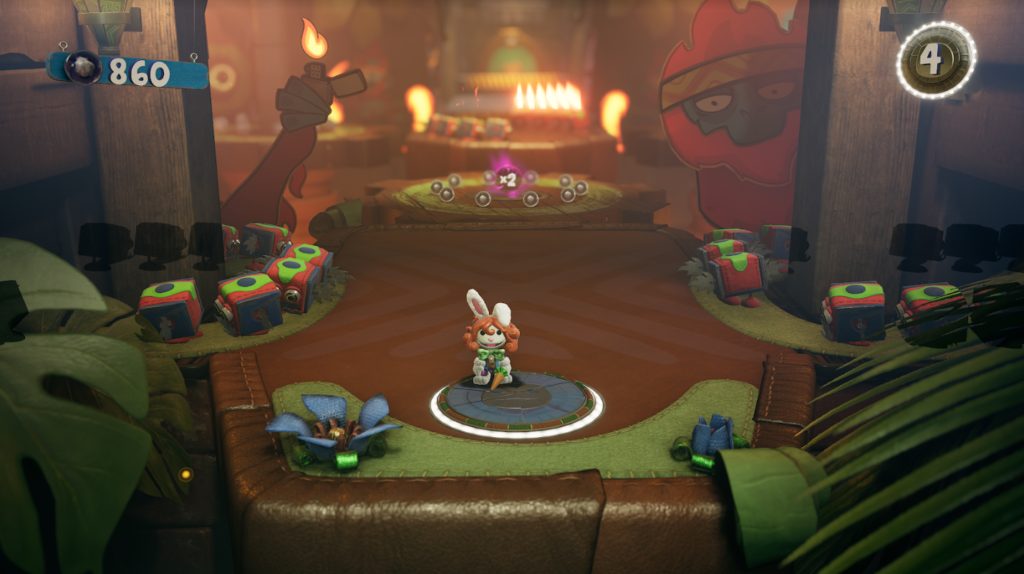 Since 3D World was a cracking game, that’s hardly a negative, as Sackboy dishes up an equally satisfying experience. Like 3D World, Sackboy can be enjoyed with up to 4 people locally or over the internet. Playing the game with friends is an absolute blast, but things can become chaotic while playing with a full grid. Reeling it back to two players makes the experience more manageable and the game even offers a few teamwork levels with a two-player mandate. This is where the co-op action shines as they were clearly built with teamwork in mind. 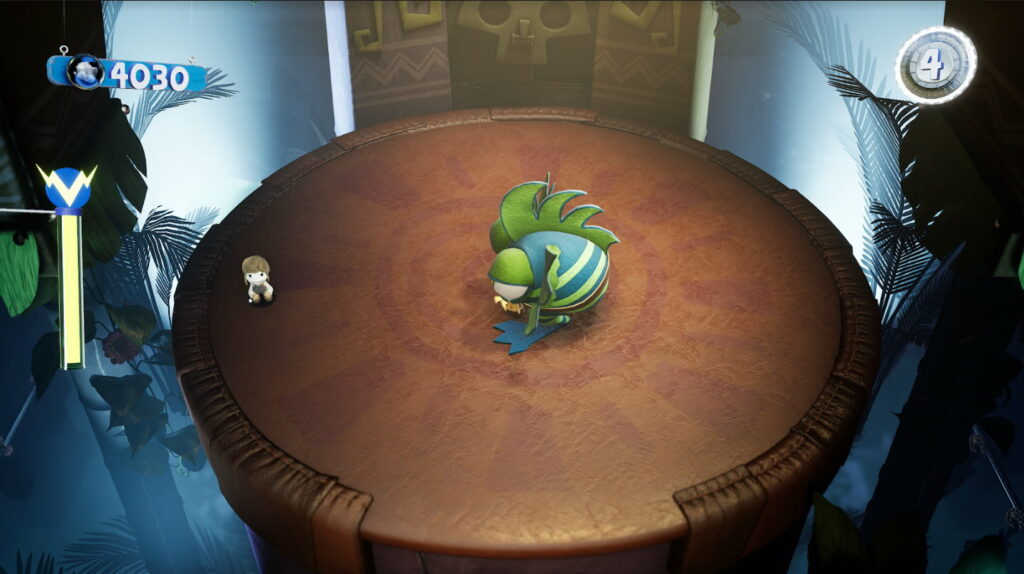 Another big draw of Little Big Planet was the customisation of your Sackboy. Thankfully, Sackboy: A Big Adventure features a massive wardrobe of clothes to tap into your inner fashionista. Right out of the gate, you get a huge selection of costumes based on characters from Sony’s first party properties like Days Gone, Death Stranding, God of War, Ratchet, Returnal, The Last of Us and Uncharted. But there’s a mountain of additional costumes to find throughout each stage. The best part is none of these cosmetics are locked behind a paywall. Sackboy on PC? Well how about PC on Sackboy.

Platforming veterans should be able to blitz through the campaign in around 8 hours. While nabbing every costume piece and unlocking all the stages is going to double the length of your play time. To unlock the final Wonderplane challenge, you will need to collect 275 dreamer orbs.

Sackboy is powered by Epic’s powerful Unreal Engine 4 and Sumo has done a great job of replicating the unique, visual style that characterised the mainline Little Big Planet games. The stages are constructed with stitched cloths and random household objects to give off the impression of exploring a shrunken world. Animation work is top notch and the whole thing has that warm feeling not unlike a British TV show made for kids. The bombastic soundtrack is also worthy of praise with Sumo assembling multiple composers to give each world its own unique soundscape. Taking a page out of Rayman Legends, Sackboy features four stages that were crafted around the rhythm of hit songs like Mark Ronson’s Uptown Funk and Britany Spears’ Toxic. These are easily among the best stages in the entire game as I couldn’t resist the opportunity to play through them multiple times.

What’s New With Sackboy on PC?

The PC port was handled by The Eccentric Ape, a relatively new studio that primarily does contract work for Sega. But they still have a couple of good PC ports under belt including the home computer conversion of the original Catherine.

Upon opening the graphics menu, you’ll be greeted by a large suite of adjustable graphical options that covers every aspect of the rendering pipeline. This allows the game to scale across all manner of machines with Steam Deck users reporting good performance on Valve’s portable darling. Controller support is superb with zero complaints from yours truly. Not only can you play through the entire game using the Xbox controller. But the game also offers support for PS5 controllers with Playstation button prompts and the dual sense functionally being fully intact. If you prefer to play Sackboy with a mouse and keyboard, the option is on the table as well.

Visually, the PC conversion is a match for the PS5 version. But the inclusion of ray tracing enhances the lighting shadows and ambient occlusion beyond what was possible on Sony’s home console. As for upscaling options, DLSS 2.4 is supported on Nvidia RTX cards. While AMD and Intel card owners are left out in the cold as the game doesn’t offer FSR or XeSS.

On the positive side, the PC ports supports 21:9 widescreen monitors and framerates above 60fps. HDR has also made the cut, but this only works if you have HDR activated on an OS level.

At launch, Sackboy didn’t perform a pre-compilation of shaders on the main menu. In other words, the shader compilation happens during gameplay. A process that causes framerates drops that affect the fluidity of the game. However, this issue was rectified in a post-launch update with the latest iteration of the game serving up smoother framerates compared to the previous builds.

Sackboy: A Big Adventure was among the standout titles during the PS5’s launch in 2020. With the current patch eliminating the shader compilation stutters, the PC port is easy sell for anyone who enjoyed 3D platformers.

A review code for Sackboy: A Big Adventure PC was kindly provided by Sony Interactive Entertainment for the purpose of this review. If you enjoyed this Sony PC port review, be sure to check out more of our PC reviews here!

It's time to hit the Sack on PC.